Call it a jetpack, call it a rocket suit, name it whatever you want – everyone has dreamed of technology at some point that would help them fly. Not crammed into a window seat to eat stale pretzels, but a personal solo flight – where you are both pilot and passenger.

This dog is learning to fly! Continue reading…

And this month BMW equipped BASE jumpers and Wingsuit Pilot Peter Salzmann with perhaps the first real repetition of this fantasy.

After years of planning and testing, and months of delays caused by the pandemic, the 33-year-old Austrian jumped out of a helicopter that was hovering 10,000 feet over the Alps. And with the help of the 50 V battery from BMW, which drives two carbon wheels at 25,000 rpm, Salzmann mounted, slid and then mounted like a superhero.

OK, I’m honest: “The rocket launcher“That’s not. But a motorized wingsuit that is airworthy – let alone a fully electric one – is undoubtedly cool.

The electrified BMW wingsuit looks like two tiny engines attached to a pair of pajamas and marks the culmination of an idea that was developed in 2017. 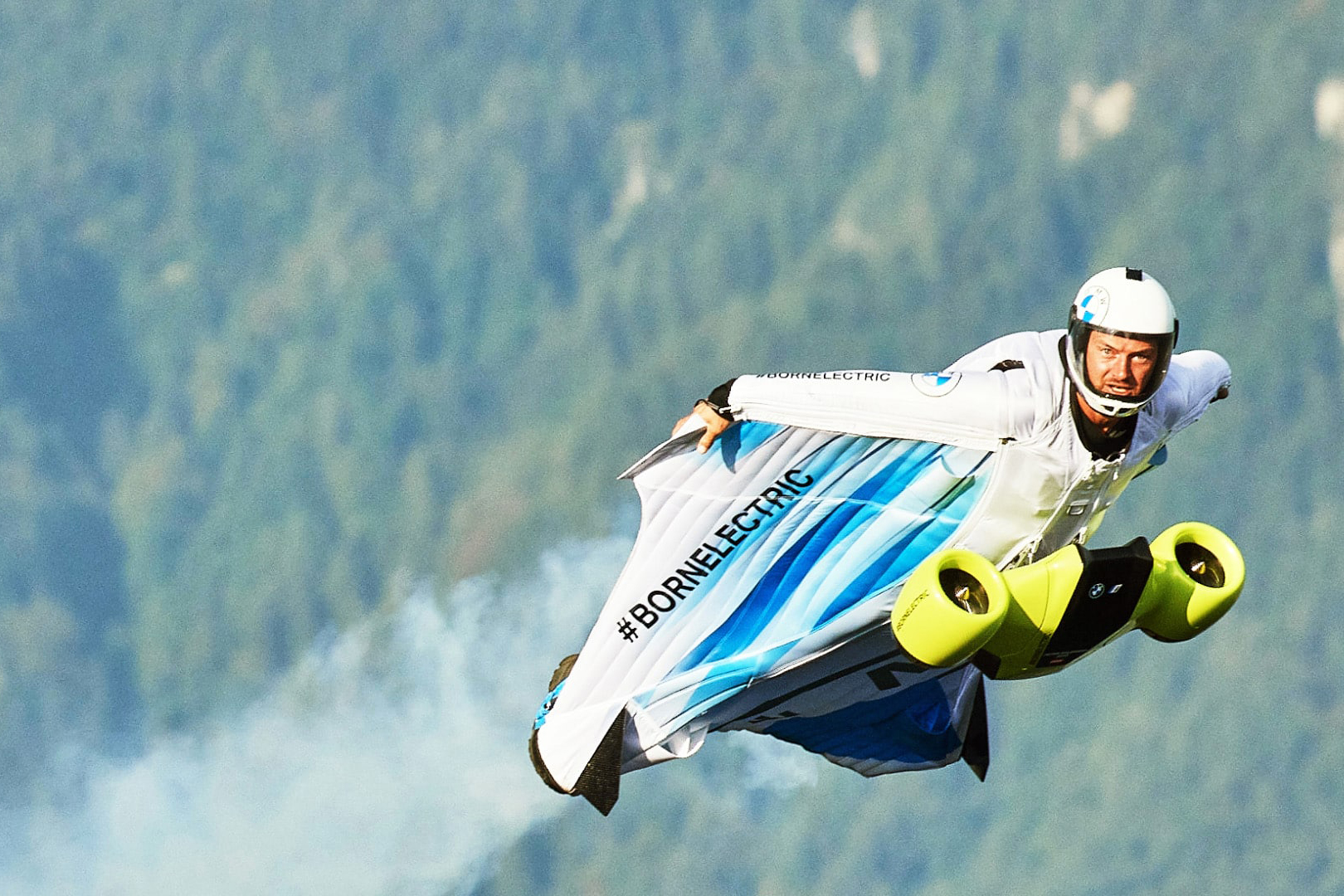 “At that time I was developing suits for skydiving and BASE jumping with a friend and BASE-jumping mentor,” said Salzmann.

“One evening after a day of testing, we came up with lots of ideas in a relaxed atmosphere on how we could improve performance. One of them was a supportive engine – and that’s an idea I just couldn’t shake off. I found the idea of ​​jumping off my mountain with the wingsuit and landing in my garden fascinating. “

Salzmann has teamed up with BMW and Designworks – the car manufacturer’s internal agency for “tomorrow’s mobile concepts”. From there, Electrified wingsuit project Form adopted. Over a period of three years, the project developed two prototypes of engine systems, one large and one small. 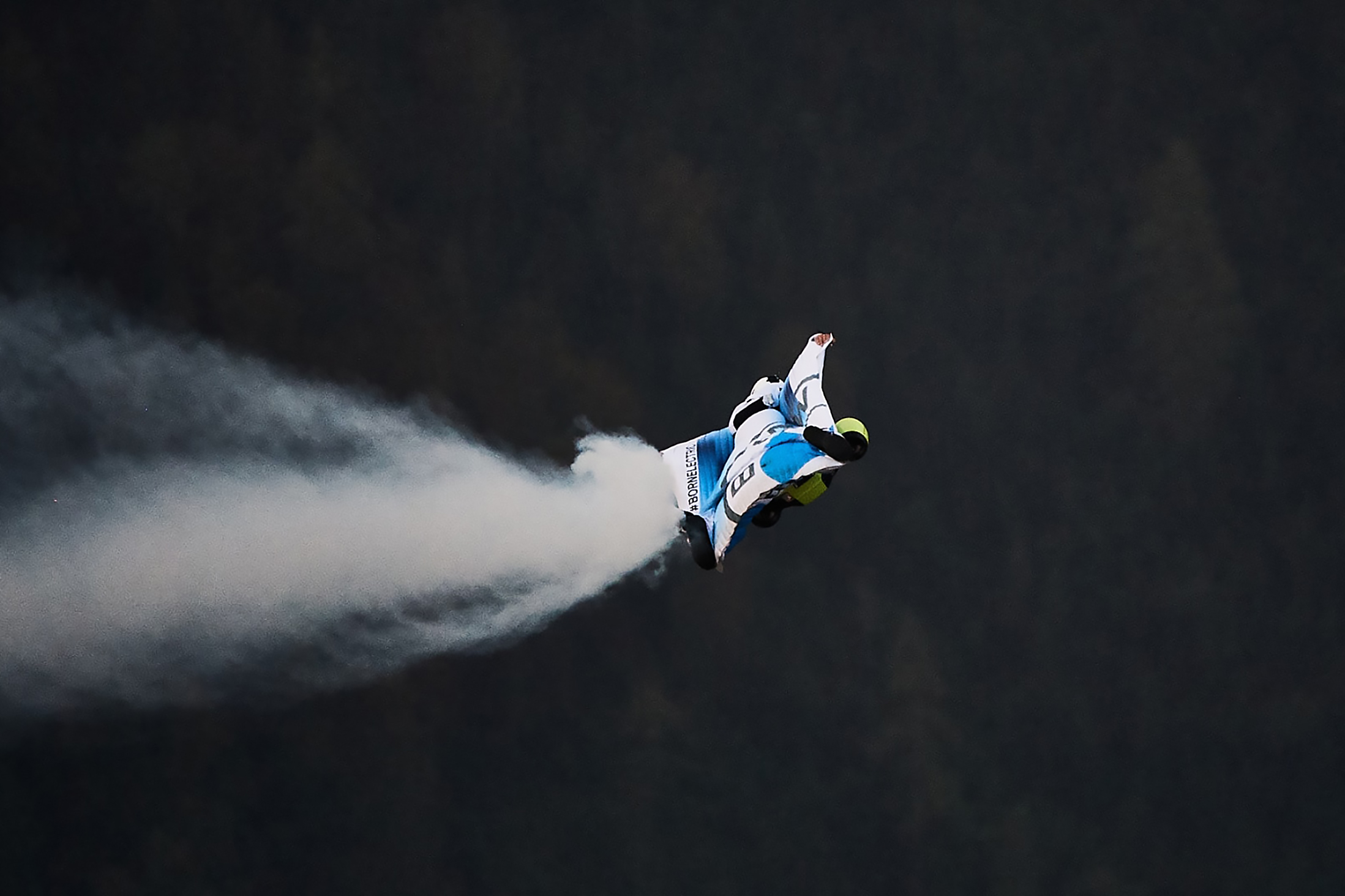 Salzmann tested the concepts in a horizontal wind tunnel in Stockholm, Sweden. Ultimately, the smaller design with its lower weight and easier maneuverability prevailed. Before the actual flight, Salzmann completed 30 test jumps in order to get a feel for sliding and moving in an unorthodox suit.

The final iteration includes two carbon fiber impellers, each about 5 inches in diameter. A 50 V lithium-ion battery drives the motors, which together generate an output of 15 kW (approx. 20 hp). The entire setup – motor and battery – weighs 26 pounds and is about three feet wide. Salzmann switched the motors with a slide between the middle and ring fingers.

Salzmann’s flight – the time after he had kicked the futuristic mega-engines and actually gained altitude – lasted only a few seconds. But as Salzmann stated in the video, “it’s still the beginning.” 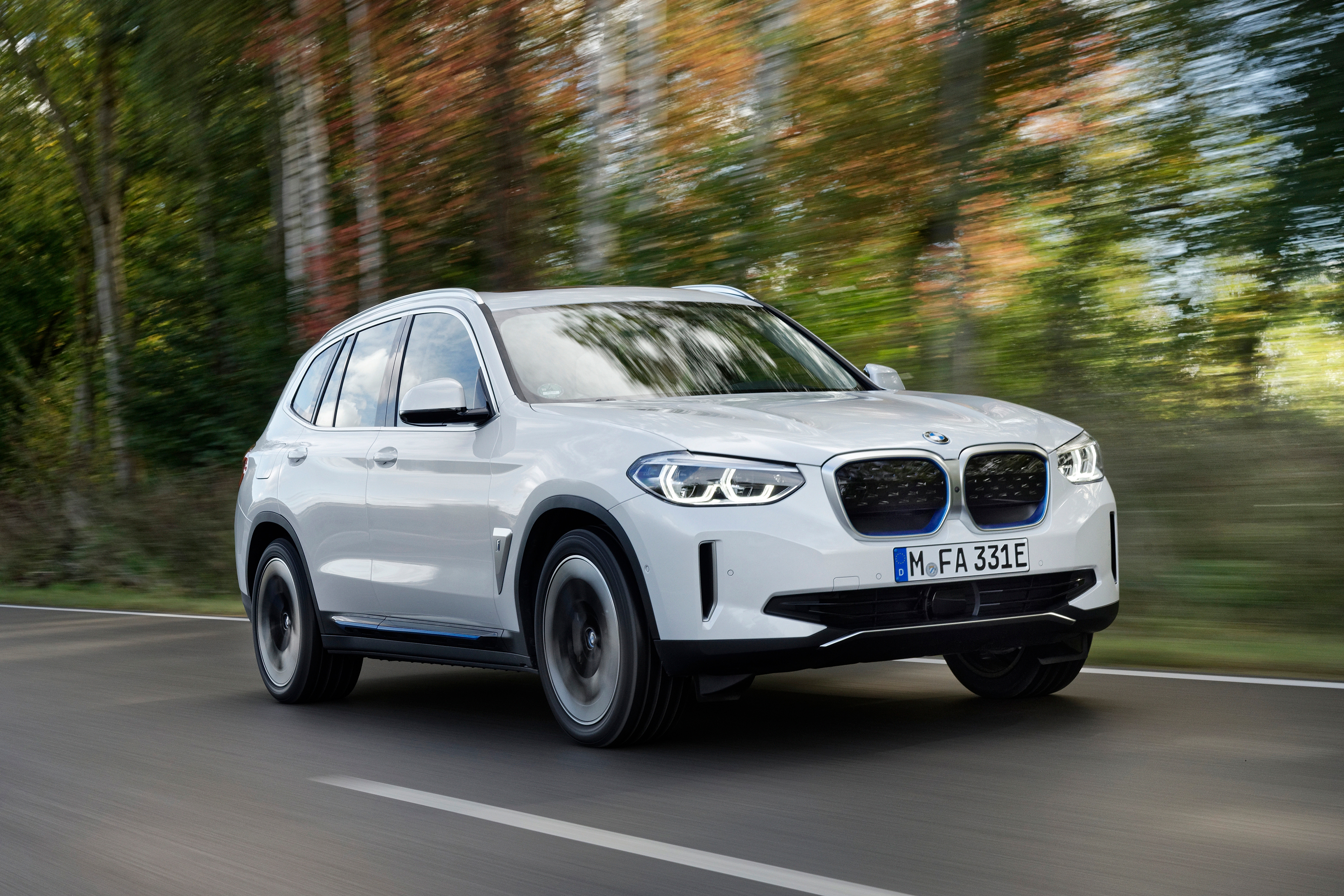 “Only an electric balance bike is light and agile enough to enable regular wingsuit flying and BASE jumping,” said Stefan Ponikva, BMW Vice President Brand Experience. “Light enough to climb mountains, agile enough to fly tight turns and maneuvers, yet quiet enough not to disturb the purity of the flight.”

For its part, BMW invested some of its upcoming electric vehicle technology in Project Electrified Wingsuit. Salzmann’s flight will help demonstrate (and promote) the automaker’s all-electric iX3 vehicle, which is slated to hit showrooms in Europe before the end of the year.

The iX3 may not land on the shores of the USA, but it is the first “fully electric Sport Activity Vehicle (SAV)” from BMW. It has a range of 285 to 320 miles (based on different test standards), goes from zero to 60 mph in under 7 seconds (282 hp), and reaches an 80% charge in just over half an hour.

While we don’t expect the BMW wingsuit to be in stores anytime soon, an all-electric SUV seems sensible for American consumers in the near future.

A company in the human aviation industry came up with a crazy search-and-rescue alternative: a jet suit. Continue reading…