The future is here — and it’s racing inside ginormous, mech exo-suits. Because why the hell not?

Just when you thought 2020 couldn’t possibly do anything else to surprise the pants off you, here comes the best damn Kickstarter we’ve ever seen.

In less than 24 hours, the Alpha Mech Pilot Program hit its $25,000 goal. With that money (now over $37,000 with 38 days to go), the folks at Furrion Exo-Bionics will invest in further research and development of its product. And what is that, you say? Thought you’d never ask!

“It took more than 3 years of grueling field trials, equal parts engineering and pilot training, to get this machine to where it is today. And today, we can proudly say we’ve created a fully functional giant, all-terrain mech suit,” the campaign reads.

Yes, indeed. After launching the idea of a mech suit (more on that later) more than a decade ago, the Furrion team unveiled its first prototype in 2017: Prosthesis. Since then, the team has perfected the machine, making it stand, walk, and even receive the Guinness World Record certification as the world’s largest four-legged exoskeleton.

Now, the team wants to scale this entirely human-controlled “anti-robot” into its own sport — a racing league, to be exact. That’s where you (and the rest of humanity) come in.

“The time has come to not only begin training mech pilots, but also to continue the development of our technology and the human experience we have created,” said Jonathan Tippett, the inventor, pilot, and lead engineer of Prosthesis. “Mech racing will be a high-powered, zero-emissions sport that is unlike anything we’ve seen before.”

And if you’re not giggling uncontrollably, you need to just read that one more time. This Kickstarter wants to start training mech pilots so we can start racing humongous, clambering exoskeletons against each other. 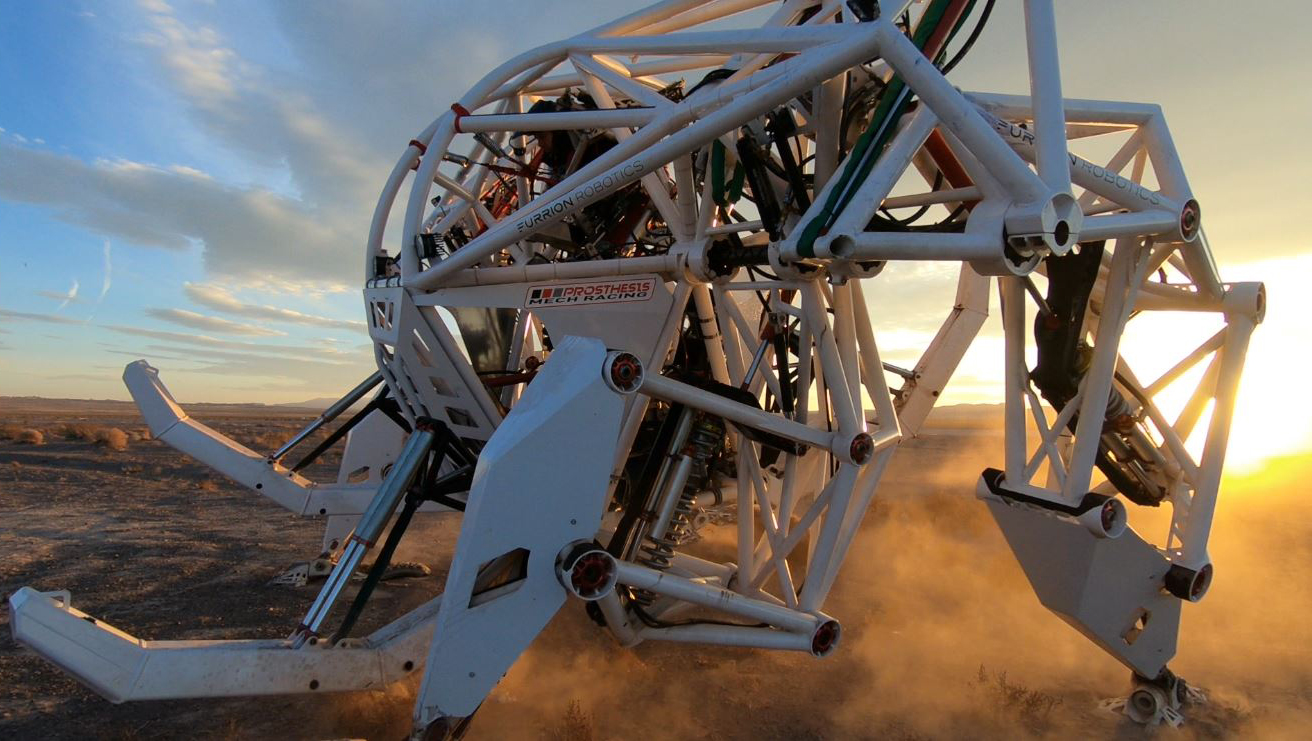 I still haven’t purchased my first toaster as an adult, but now I have the chance to walk around inside a robot dinosaur and control it with my own body.

Correction, this is decidedly not a robot; it’s a mech. The difference is that these machines require direct human interface to operate. Prothesis itself weighs 9,000 pounds, stands 13 feet high, and packs 200 horsepower. But it won’t do a thing without a mech pilot strapped in, using their own limbs to operate it.

According to the campaign:

Prosthesis has no joysticks, no steering wheel, no foot pedals. Just 100% limb-for-limb pilot control … It relies solely on the pilot for all its movement. Your arm and leg movements are amplified to control the mech’s four giant, steel legs, move for move. That’s what makes it a sport.

How to Become a Mech Pilot

Obviously, there remains a long way to go before we’re all rumbling around racing with laser guns. (Note: Furrion expressed no plans for laser guns.) But you really can get inside Prosthesis yourself and pilot it — if you’re willing to shell out CAD$2,500 (USD$1,900). 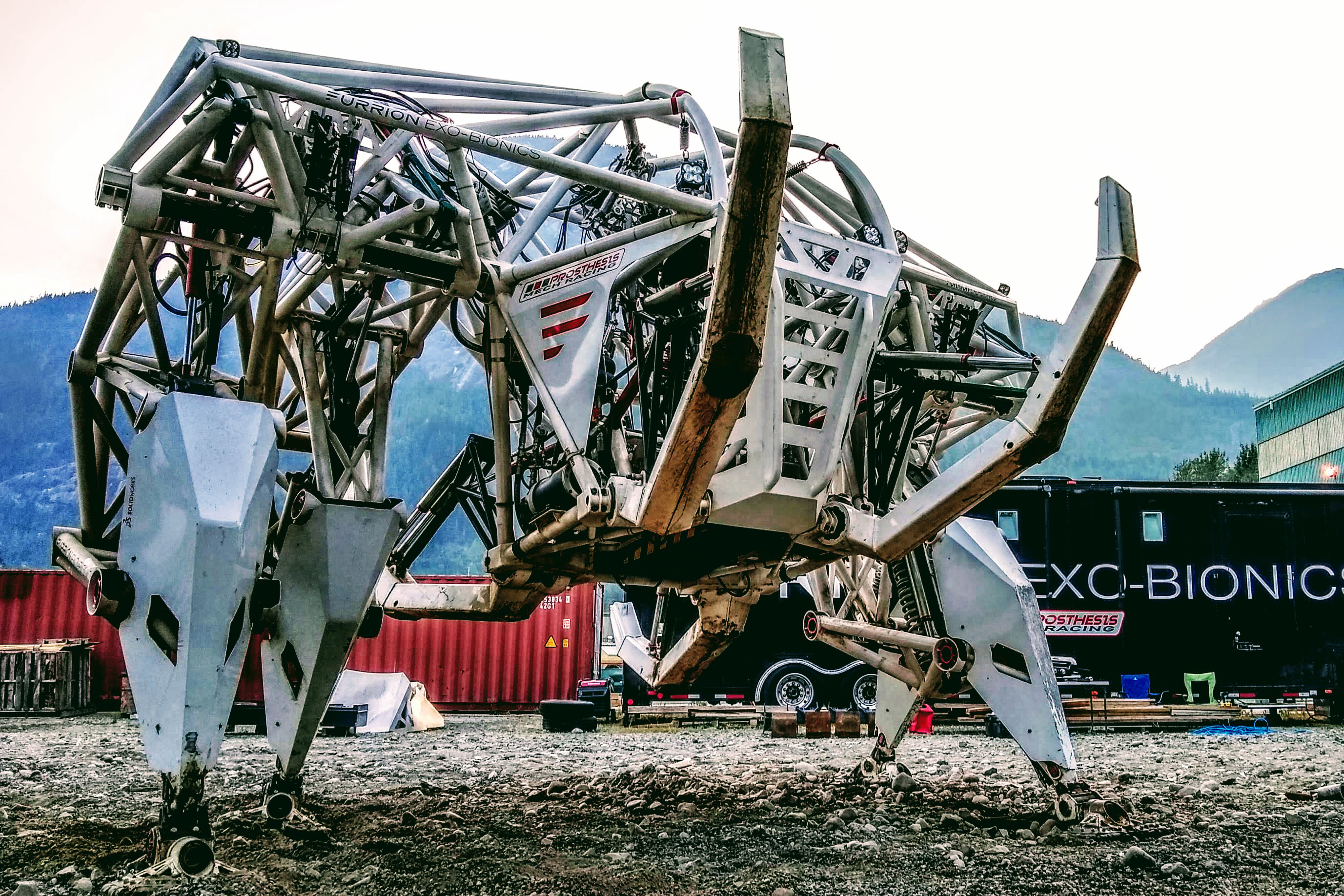 You can back the Alpha Mech Pilot Program for any amount, and there are neat swag thank-yous at much lower buy-in levels. But get into triple digits and you can experience Prosthesis up close. For CAD$250 (USD$190), you can travel to see the mech live and have it crush something of your choosing (for an extra fee).

But at levels beyond CAD$2,500, you can operate the mech for a brief experience, a whole day, or a full 3-day boot camp (just shy of USD$10,000). As a bigwig donor, you’ll have access to the official Mech Ranch in the mountains of British Columbia. There, you will receive one-on-one “ground school” training from Tippett.

Anyone who completes the full boot camp (and donates the top-tier amount) will earn a Mech Pilot’s License, which only five people on Earth currently possess. So what are you waiting for? Check out the Alpha Mech Pilot Program before the campaign ends October 1.

And although there are no lasers, here’s some sweet video of Prosthesis smashing up cars: