The new Mizuno Enerzy ‘signature’ running shoe debuts a fresh cushioning platform that will make its way into additional Mizuno products, including the Wave Rider 24. And it looks wild.

Mizuno leaves no doubt that it created something different when it launched the Mizuno Enerzy running shoe last month. By devising a new Enerzy foam and midsole core material, which the brand claims improves softness and energy return at the same time, Mizuno launched this “signature” model to exaggerate the presence of the technology. And “exaggerate” might be an understatement.

Offered in limited quantities — and the astonishing price of $300 — the signature model serves as a bold introduction of the new technology before it moves into more traditional-style Mizuno running shoes, such as the Wave Rider 24. But because the brand created a bold debut, we can get a better understanding of just what the new Enerzy is all about.

In short: There’s no getting around the look of this mold-breaking model. And “polarizing” may be putting the aesthetic kindly. That said, the amplification of the cushioning technology focuses on the material that does feel soft, especially in the forefoot, even if the $300 (yes, you read that right) signature model itself comes across clunky.

Mizuno, then, claims to have solved for the soft energy return runners may look for. The on-foot result, though, is more of a mixed bag than a shoebox full of perfection.

Granted, the Mizuno Enerzy signature model wasn’t meant to look like the traditional design of a Wave Rider 24, but rather to accentuate the use of the new technology and make us all take notice. Still, though, you’d think the boldness would equate to an immediate plush ride full of extra bounce. However, I didn’t feel that on my multiple 3- to 5-mile runs, largely on pavement.

On the downside, the clunky feel of a 13.3-ounce running shoe resulted in what I felt were stability issues because of the rounded design. And while it offered average heel cushioning and energy return, I think plenty of other cushioning systems on the market do just as good a job — or better— cushioning my heel, softening my step, and providing rebound.

Where the Enerzy did perform, though, was in the forefoot. Not only did the shoe provide a nice heel-to-toe movement, but both the cushioning and toe-off propulsion in the forefoot were impressive.

While focusing solely on the cushioning in the early runs with the Mizuno Enerzy, I became more impressed with the forefoot cushioning as the miles added up and not quite as skeptical of the heel cushioning. Although I still never reached a level of being overall impressed by it. 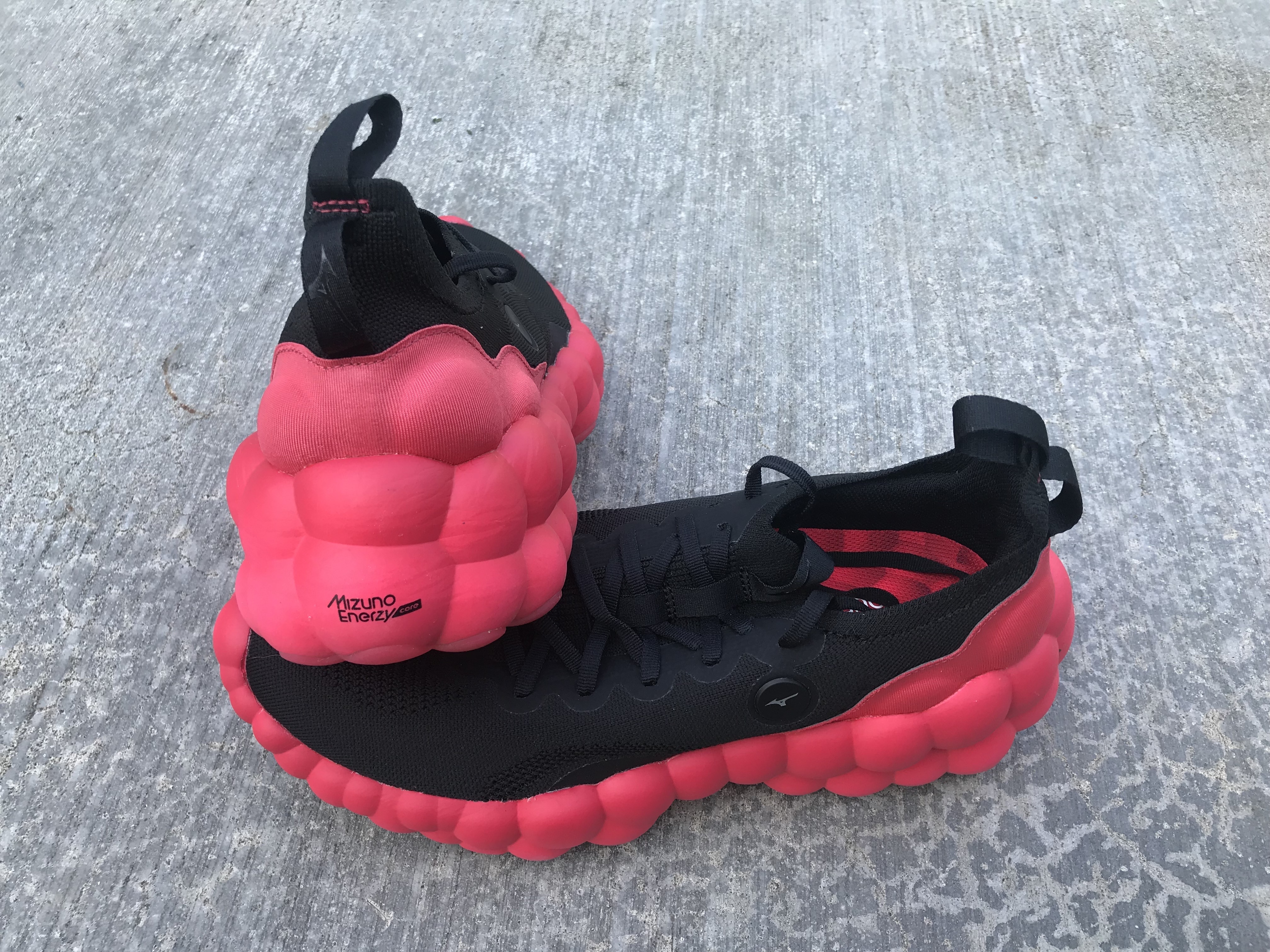 Mizuno used its WAVEKNIT upper for a sock-like fit that also reduces weight and allows for breathability. I’ve come to believe that runners are either a fan of the tight sock-like design or they aren’t. Personally, that isn’t the choice I go for.

While I do appreciate the approach, I find that style of material, no matter the brand, difficult to customize. Often, the laces become a mere afterthought. For me, the collar was nice and tight, but without customization, the material sat too tight across the top of my foot.

Inside, the toebox was ideal and the upper fit well elsewhere on my feet. The heel sat comfortably in the design, and there was no sloppy movement of the foot.

Obviously, the traction pattern on the Mizuno Enerzy was far from conventional, and the rounded nature of the design made for a slightly unstable run on pavement. A few short stretches across gravel and grass actually provided a bit more stability, largely because the outsole extended so far outside the footbed and the design of the Enerzy technology absorbed the undulation in the terrain. 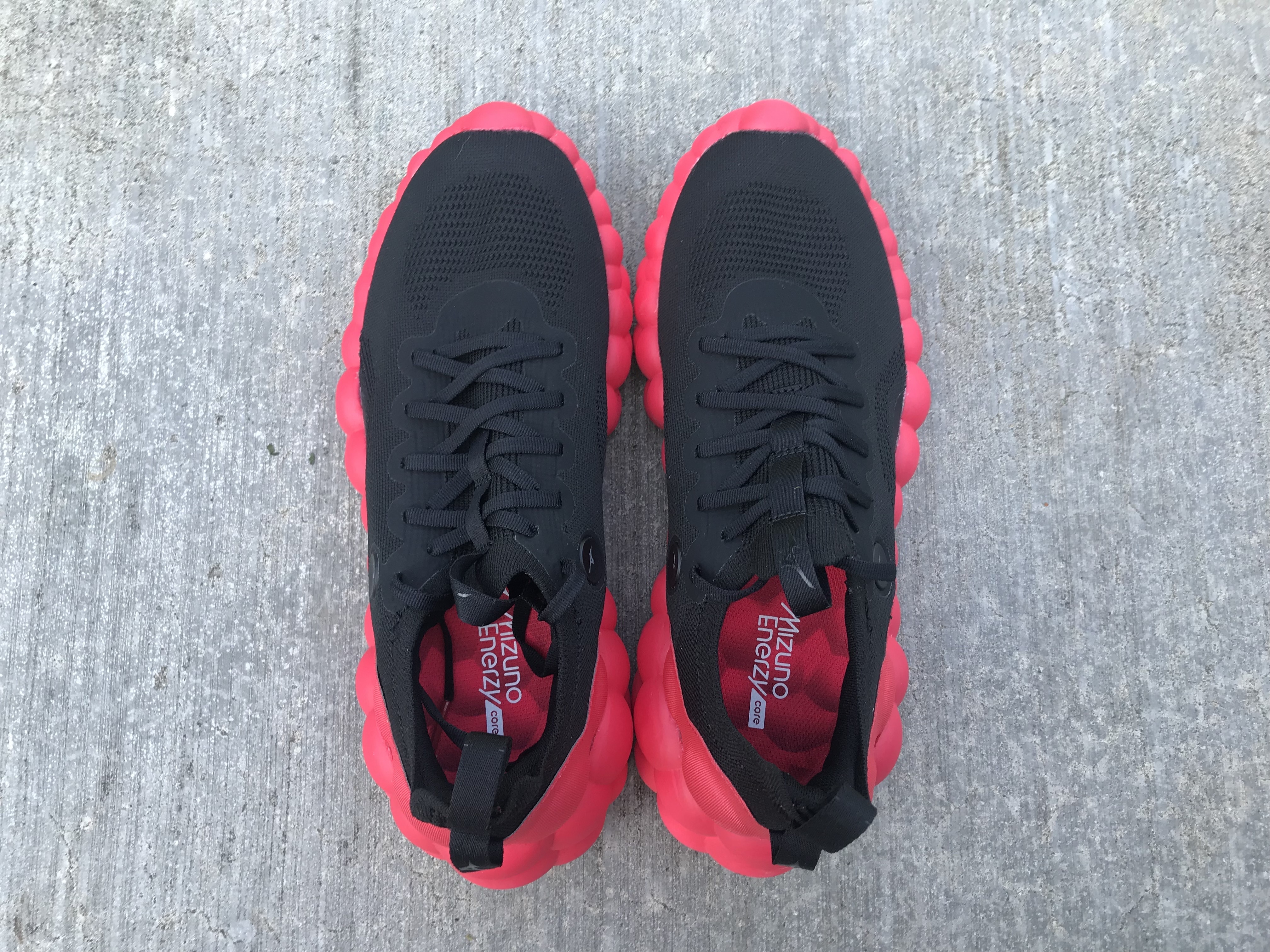 For fans of the Mizuno brand, the Enerzy material will provide an upgrade when it enters their favorite running shoe model (men’s and women’s Wave Rider 24).

The Enerzy isn’t going to wow anyone coming to Mizuno from somewhere else, but with the impressive way the brand has improved forefoot cushioning and energy return in that area of the shoe, the Enerzy material could have some benefits — if used properly.

The Mizuno Enerzy, though, is a statement shoe — both for technology and aesthetics — and Mizuno has accomplished the goal. It has made a statement. 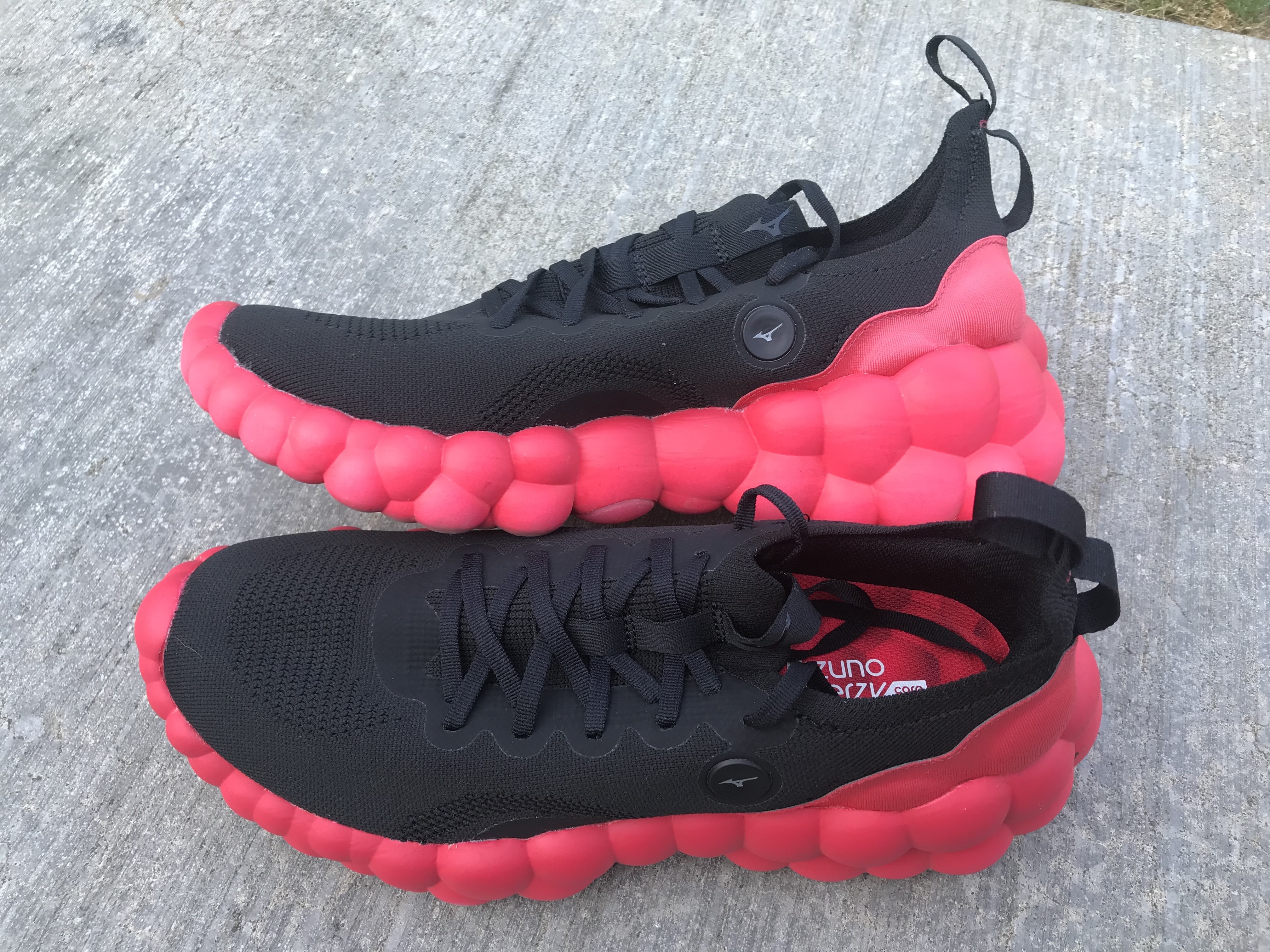 Tim Newcomb is a Pacific Northwest-based journalist covering gear, shoes, and equipment. He explores the outdoors and the gear that makes it all easier, from trail runs in Chamonix, France, to mountain bike rides in Squamish, British Columbia, hikes in Brazil, paddles in Hawaii, and more than a few runs, hikes, and rides in the PNW.