Made it to the first Algonquin Outfitters! (In Huntsville). 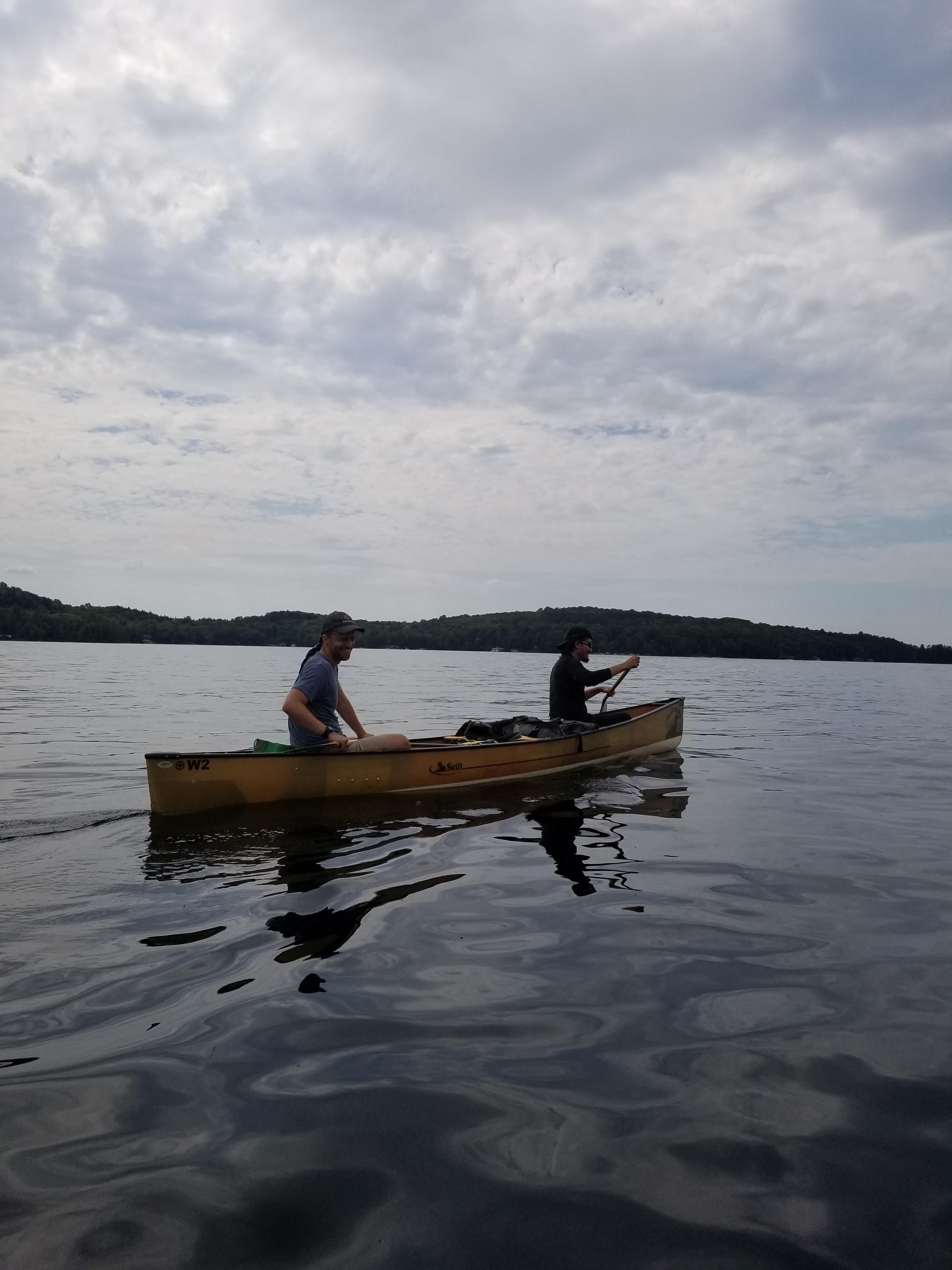 Calm waters on Oxtongue, it was like this as well for the larger lakes. Very quick on progress. 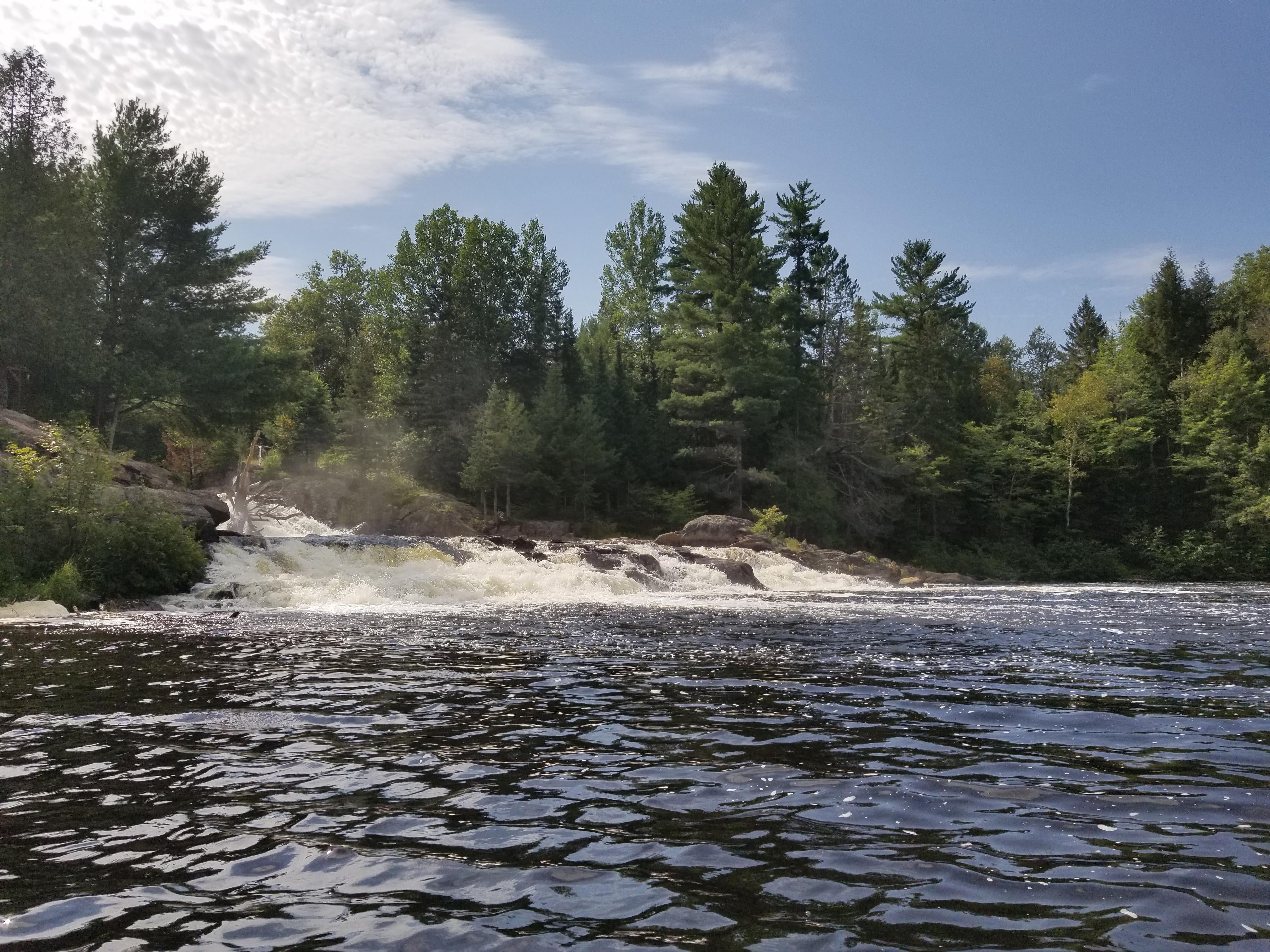 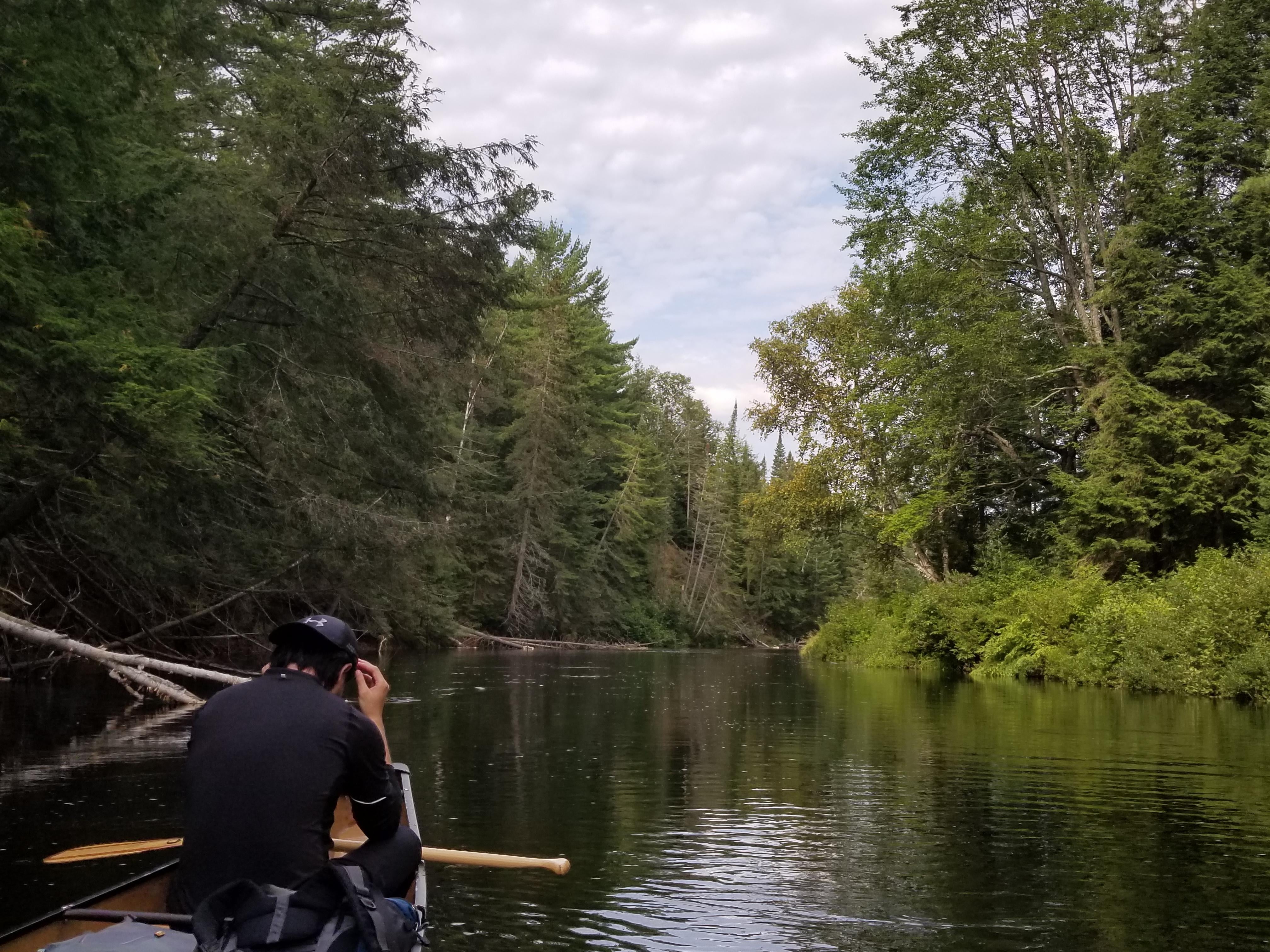 Overall was the best day on the trip. We got no winds on the big lakes (which can be killer), and great weather. The route itself was one of the easiest days. We did Oxtongue – through Huntsville and settled on the Big East (just at the beginning of the river).

What we did learn (some of which seem super obvious):

I would like to say we are more experienced than your average amateur, and typically Ian is the MOST prepared guy. On the first day he lost his hiking boots, water bottle and sunglasses all in the first half of the day. All three critical things you need. It was just from tucking things away just in a open pocket, or not securely strapped down enough. (Maybe being lazy for the in and out of the canoe)

We had a killer 3.8 portage where Ian lost his stuff because we kept picking up and putting down bags as we were lost. The 3.8 portage probably became a 5K portage with the amount of dead ends and backtracking we did. Eventually the right way was through a sketchy construction site looking thing.

The hardest part for finding a campsite – was actually just trying to avoid private property. There was a long stretch of trailers / cabins. I guess we could have knocked on the doors, but that felt pretty intrusive. We ended up camping next to an area that was apparently an bonfire place for local Young’uns. They blasted (ridiculous volume) Eurobeat music until the wee hours. Our favourite was the Ra Ra Rasputin song. Just felt out of the blue. (video doesn’t do it justice https://photos.app.goo.gl/RUWmDmKrNnYgZMEu8)