The long-awaited return of the Eco-Challenge adventure race, the original reality TV show of the ’90s, happens August 14. We got an exclusive interview with one of the competitors to learn what the hype is all about.

Last fall, 66 teams of pain-loving adventure racers from around the world descended on Fiji to compete in the “world’s toughest race”: the Eco-Challenge.

The last such competition took place in 2002, when the show — lauded as the pioneer of reality TV — wrapped its seventh season on air and 10th and final race. That is, until it returns to airwaves, exclusively on Amazon Prime TV, on August 14.

The race pits teams against a grueling course, hundreds of miles long, through jungle, mountain, and ocean environments — for 11 days (24 hours a day!). We spoke to Jason Magness, Eco-Challenge Fiji competitor and longtime GearJunkie contributor, to get some background and inside info on what to expect from the new season.

GearJunkie: What is the Eco-Challenge?

Magness: Simply put, Eco-Challenge is the “world’s toughest race.” And while there is sure to be lots of debate on that issue, I’d argue that the sport of expedition adventure racing is certainly among the hardest competitive events on the planet. It’s a team event the pits racers against a vast stretch of wilderness (nearly 1,000 km) that they must cross using only map and compass.

The mode of travel changes several times during the event and includes jungle trekking, SUP, mountain biking, sailing, outrigger canoe paddling, BiliBili (native bamboo raft), swimming, whitewater paddling, and rock climbing/ropes. If one team member gets sick or drops out, the entire team is pulled from the event.

You raced on Team Bend Racing. Tell us about your team.

It’s a pretty eclectic group of endurance adventurers that are primarily based in Central Oregon. Made up of helicopter pilots, professional acrobats, software programmers, and yoga teachers, the team has been chasing big adventure races around the globe for more than a decade. More recently, all the members of the team have embarked on the greatest adventure of all — parenthood.

Eco-Challenge Fiji: Meet the Teams in the ‘World’s Toughest Race’

Billed as ‘the world’s toughest race,’ Eco-Challenge Fiji fielded more than 60 teams from 30 countries. Here’s the rundown of Eco-Challenge teams and what you need to know to pick your favorite. Read more…

Take us behind the scenes, what was it like to be on camera? Were things staged, or is everything we see on the show real?

We’ve done some high-profile races before that were filmed (and been featured in a few), so we were more used to it than many teams. But the pre-race media frenzy was more than we’d experienced. We (along with many of the other more professional teams) were certainly worried in the days leading up to the event that it would be more a “reality show” than a real race.

But once things actually started, it was a 100% pure adventure racing. And the organization was super complex and nearly flawless in its execution of everything. Very impressive. Kevin Hodder (the race director) and his team truly created a world-class event.

We also had a cameraman following our team for several remote sections, and he was tough as nails. He just followed us, even when we made big mistakes that caused extra suffering. If he ever wants to race, we’d let him on our team for sure!

Did you get to meet Bear Grylls?

We did. He was nice, charismatic, and genuinely seemed super interested and psyched about the adventure that we were undertaking. He also was out filming in all sorts of crazy weather with us and made a special point to come and give our team a pep talk when one of our members was at a real low point.

That particular teammate was the most skeptical of Grylls’ celebrity leading up to the race but walked away with a much more favorable impression of him. 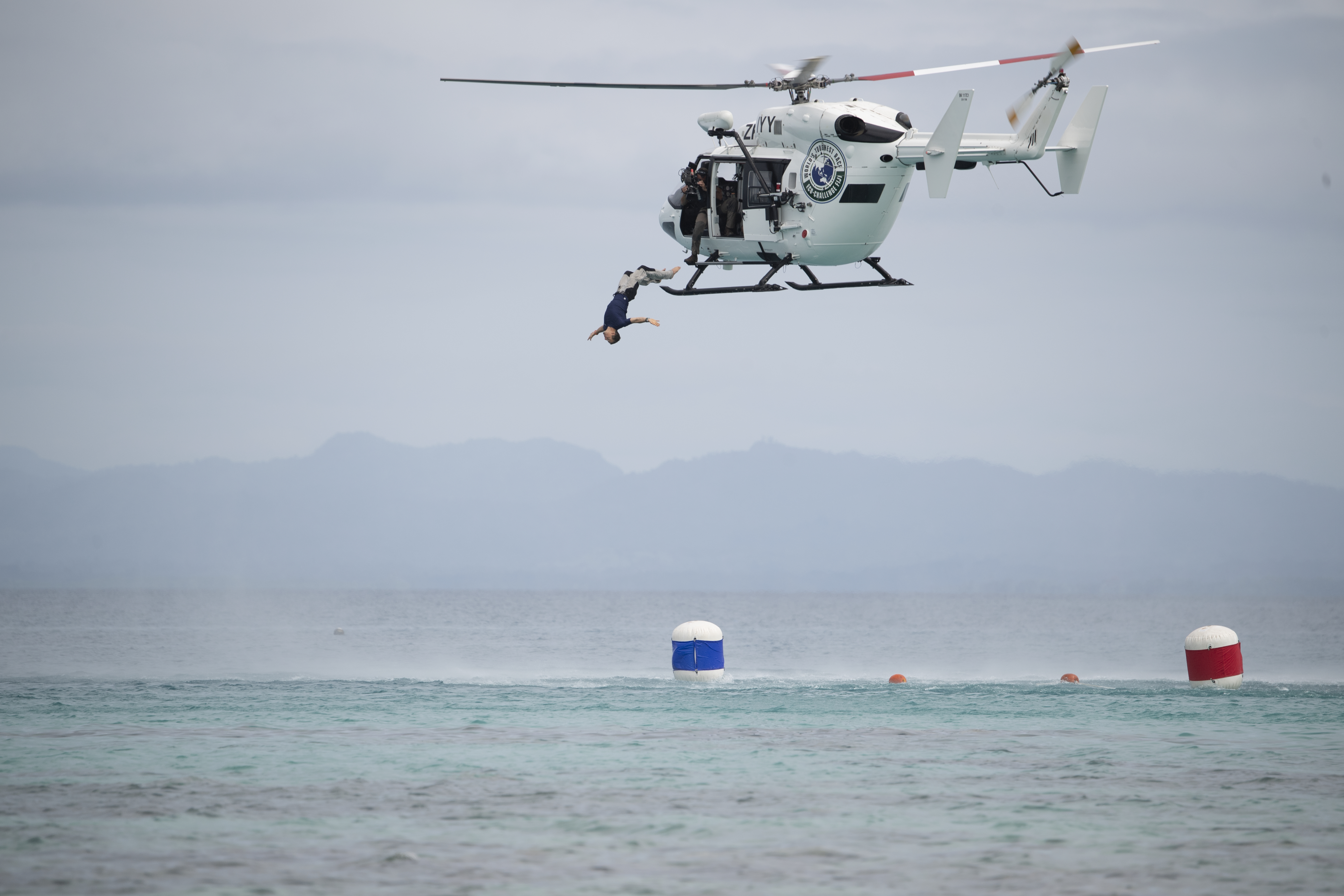 How did this race differ from other adventure races you’ve competed in?

Well for starters, it is the highest-profile and best-funded race in the history of the sport. And there were many perks that came with that, particularly that the costs were covered for each team to help cover gear and travel. In addition, the ropes sections were of a massive scale that is rarely seen in modern races.

The remote locations we were able to travel through were amazing, with everyone’s safety being a huge priority. They had a plane flying a figure-eight over the island for 10 days straight with the sole purpose of picking up distress signals from teams in the dense jungle.

We all knew the timetable (depending on what part of the island we were on) when the plane would be overhead to pick up signal. It was reassuring to know that we’d be able to communicate within an hour at any point on the course.

The race was also super unique in that there was some great interaction with locals in remote villages who had welcomed us to Fiji. One section saw teams trying to go through unmapped jungles to connect tiny villages.

But we were allowed to use villagers for help if they offered, and they were so kind in leading us on a maze of secret paths for miles through the night — often barefoot, with no lights while helping us carry gear. Pretty special! 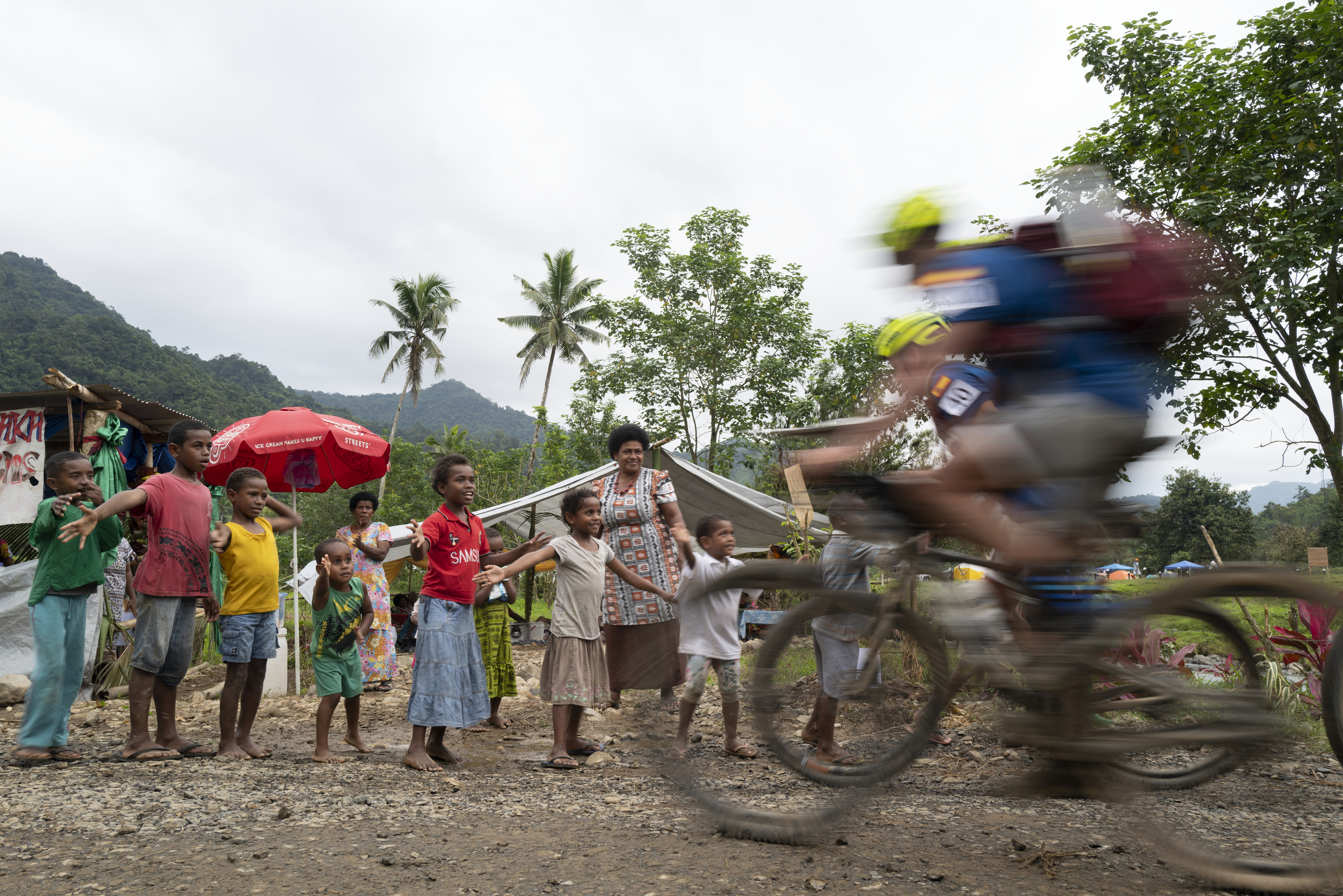 Sleep deprivation can lead to some crazy moments. Any good sleep monster stories?

Oh yes, of course. That is one of the cornerstones of the sport. I’ll be able to tell more stories once the series premieres on Amazon Prime Video. I am not sure what will appear there, and I don’t want to spoil any surprises.

What worked well for your team in this race?

We were all inspired to get into the sport by watching the earlier Eco-Challenges in the late ’90s and early 2000s, so we were very committed. And we’ve raced together with this team configuration in several big races in the years leading up to this race.

It goes a long way to really know each other’s strengths and weaknesses when everything falls apart out there. And it does fall apart. Having a precedent from previous races of working together to overcome the mental and physical obstacles successfully was a huge asset.

Furthermore, we were all new parents. I had a new 4-week-old, and the rest of the team all had at least one kid under the age of one year waiting at home. So we were all coming into the event a bit sleep-deprived, and with less training time than we’d have liked.

But it was great to have that solidarity. We all realized how fortunate we were to have amazing partners back at home supporting us, so we were determined to make the best of our opportunity.

What would you change?

Ha. Lots, but every race we learn from our mistakes. We made some totally rookie mistakes in our excitement at several points, and some of these were pretty disastrous.

What stage was the hardest for your team?

It would depend on who you ask, honestly. But there was one stage that saw our team going from the top of the world to the pits of despair in record time. And there was another stage which saw the team dynamics unraveling to the point of screams and tears.

So I’d say those two stages were pretty brutal emotionally. Only one of us had extensive SUP training, so three of us struggled physically on the long paddleboarding legs.

Which stage was the easiest?

This was the first race that we’d ever done that included outrigger paddling, and we were really nervous about finding a way to train for it in our hometown of Bend, Oregon. But it turned out that there was a small outrigger club here (that paddles in circles on a small section of the Deschutes River).

Better yet, it included in its members Meg and Dave Chun, the legendary founders of the Kialoa Paddle brand. Meg and some of the other club members took us under their wing and trained us into a high-performance outrigger crew in 2 months. 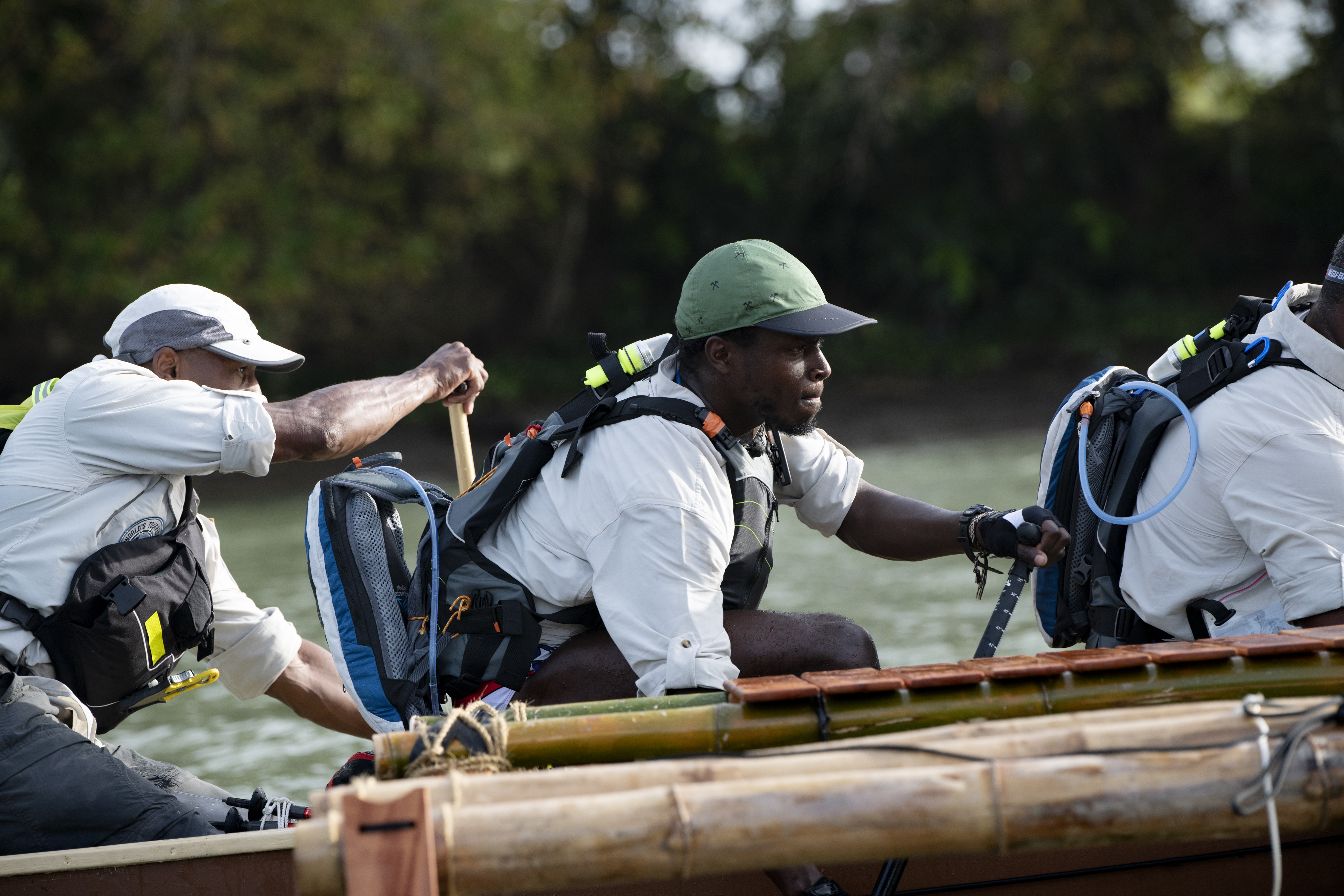 What’s next on the docket for the team?

Certainly looking forward to any future Eco-Challenge races. We were due to compete in several big international expedition races in 2020, including the world championships in Paraguay, but everything has been postponed to 2021 due to COVID.

There is a small chance we’ll head to Portugal in September (the race is not yet canceled). But most likely we’ll keep enjoying some family adventure time and more relaxed training schedule until things settle a bit and races continue.

Adventure at the End of the World: Winning the Patagonian Expedition Race

We talked with the champions of the 2018 Patagonia Expedition Race — 7 days and 600 km across one of the wildest places on Earth. Read more…