Not only will this summer give us a new Ford Bronco, but we’re also getting a full line of Bronco vehicles aimed squarely at Jeep.

Today, Ford announced that Bronco will be its own brand, as Jeep is to Chrysler, Dodge, and RAM. Ford also made it official that it will offer two-door, four-door, and Sport versions of the all-new Bronco.

While we don’t know a ton more about the vehicles, we do know a bit about Ford’s plans for them. The teaser image today confirms that the latest Bronco will not only have a removable top but also removable doors.

It also verifies the Bronco will directly take on the top-selling Jeep vehicles, the Wrangler and Cherokee.

We’re excited about the vehicles, and Ford appears to bet you are as well. The Detroit automaker is working hard to build an entire culture and community around the Bronco brand — and do so quickly. After all, it has a lot of catching up to do to compete with Jeep.

Ford plans to create this new Bronco brand with a lineup of three initial vehicle offerings, an off-road certification badge, an off-road experience school, an online community, and lots of merchandise.

As with Jeep, personalization of these vehicles will be a big part of the appeal and marketing.

There is zero doubt that Bronco aims squarely at taking some market share from the very successful Jeep portfolio of vehicles. Ford seems to be using the Jeep playbook, nearly to the T. The first big similarity, of course, is the removable roof and doors, just like the Jeep Wrangler.

Ford also claims the new Bronco will have “class-leading levels of capability and suspension technology.” While we’re not sure yet exactly what that means, these are very bold claims!

Consider what a Jeep Wrangler Rubicon can do off road and the latest FOX shock technology on offer in vehicles like the Gladiator Mojave.

The only way that Ford can take a substantial slice of the off-road vehicle market is to quickly build an enthusiast community around the Bronco brand. The Bronco already has legendary iconic 4×4 status, but that hasn’t applied to a new vehicle in a very long time.

Ford’s first move to create a big community around the all-new Bronco brand is to create the website Bronco Nation. Ford says this will be “an independent online community that elevates the excitement of owning an all-new Bronco or Bronco Sport.”

We’re not sure how a manufacturer-backed website can be very “independent.” But it will be interesting to see if Bronco enthusiasts congregate at Bronco Nation or other truly independent enthusiast websites about the brand.

You can check out all the Bronco goods here. As a bonus, a portion of the sale of this merchandise will go toward stewardship efforts. 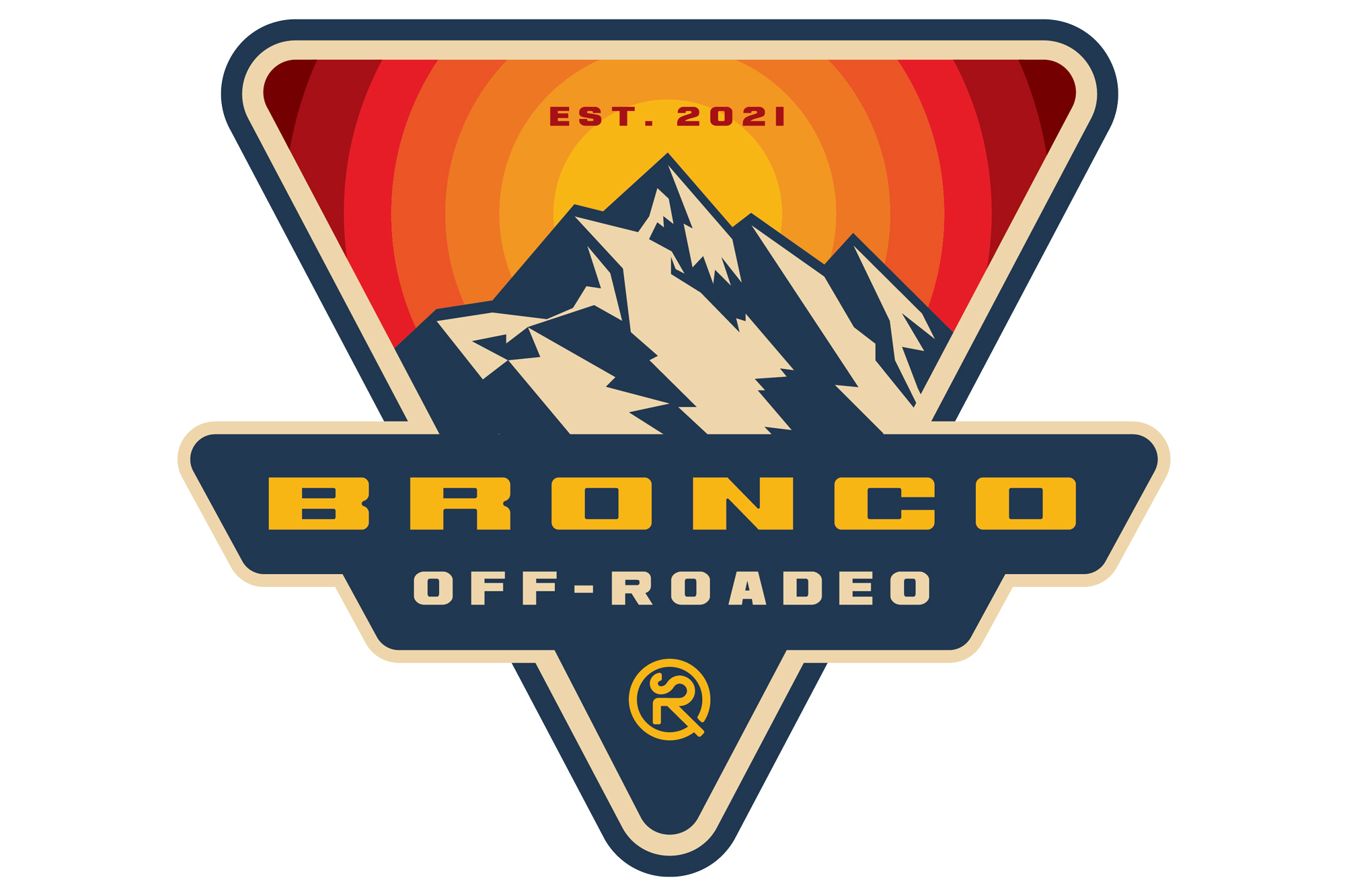 Although details are thin, we do know that Ford will set up four off-road adventure schools for the new Bronco around the country. These “Off-Roadeo” schools will offer off-road and outdoor adventure programs for new Bronco owners.

We expect to see the Bronco Off-Roadeo experience centers open in early 2021. This timing coincides with the projected first Bronco deliveries. 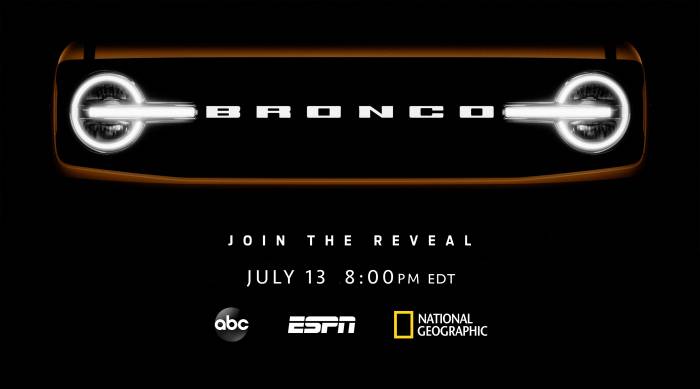 Even though today’s news was light on vehicle specifics, we won’t have to wait long to hear more. The all-new Bronco lineup of vehicles is scheduled for its full reveal on July 13. The unveiling will broadcast on the Disney-owned channels National Geographic, ESPN, and ABC at 5 p.m. PST.

Along with the official vehicle reveals, Ford will open up the Bronco reservation system. There, you’ll be able to put down a $100 refundable deposit to reserve your spot in line for the all-new Bronco.

We’re excited to see all the details about this new off-road machine — and especially to get behind the wheel. It’s going to be exciting to have an alternative to the Wrangler when shopping for off-road SUVs!