A weapon is a tool. I have come to appreciate these five words in my 6 years of gun ownership.

As a hunter, weapons are an indispensable part of my equipment. My freezer has waxed and slimmed off with meat procured from guns and rifles Shotguns since 2015. And the shots that procured this meat were from my own hands (or the hands of friends who gave me meat from their own hunts).

Suffice it to say, gun ownership and handling was the greatest barrier to entry I faced while hunting in my 30s. As more and more people go hunting in their adult lives, I am sure I am not alone in this. And I could argue that the biggest obstacle to the hunt is not the lack of mentors; It’s about figuring out guns and how they might fit into a previously firearm-free lifestyle.

From childhood, when guns offered protection, to my young adult life, when they were disastrous, guns were largely banned. But now that they have become tools that I use regularly, I think my evolving attitude towards guns is a story worth telling.

But it is neither a political statement nor a call to action. It just shows how a person has renegotiated what guns can mean over the course of their lifetime.

Growing up with weapons

My father’s Model 870 Wingmaster, now in my own closet; Photo credit: Nicole Qualtieri

I didn’t shoot a gun until I was 30 years old. But I grew up with guns. In fact, my father was – in the truest sense of the word – a mother-in-arms. Pistols and shotguns were a norm in our house, and my father actually taught tactical shooting classes once in my childhood.

My father had dreams about teaching my sister and I to shoot competitively, and yet he wanted to wait until we were older to teach each other. But that time never came. He died of kidney cell cancer in 1999. My mother sold his pistols but kept his shotgun – a superbly clean Remington Model 870 Wingmaster – for home protection. That gun is in my own closet now.

Although guns weren’t part of my own life, they were always there – always. The respect my father showed was more like fear than awe. I’ll never forget that my dad showed me where the shotgun was and then told me when someone came into the house he’d point it. He told me to tell them it was loaded with shot and showed me how to pump the action and set the security on fire.

I was maybe 12 years old. The reminder rings like yesterday. My younger sister and I were key children. If someone breaks into our house, they may find two little girls alone with a Remington 870 laden with shot.

Whose side could happiness be on? In my little girl’s heart, I feared every possibility that came with that shotgun.

When my father died, guns took a back seat. We moved from Columbus, Ohio to Denver, Colorado. I was a junior in high school and the year was 2000.

The previous year, on April 20, 1999, I had seen children my age march with their hands on their heads outside Columbine High School in Littleton, Colorado after two students massacred 13 of their classmates before killing themselves. The following spring, my lacrosse team played Columbine in a fight. After leaving the field, my 16-year-old legs gave out under me, hit by the reality of the kids at the other end of the field.

During my time at Colorado State University, my friendships with Columbine survivors brought me closer to the lives of children affected by guns in a very different way. Their stories are etched in hard steel, their losses and sadness still heightened by the shootings that followed and continue to this day.

And then, after college, the movie theater near my mother’s house in Aurora, Colorado was attacked – another mass shooting. We went there occasionally to watch films. I sat in these seats.

In the years that followed, some of my closest friends took their own lives with guns. The wind was blown out of me in these losses; Changing who should own guns was a constant question for me.

Sure, I thought, I wasn’t a gun owner. And at the time, I didn’t think a lot of people should own them. Guns had an uncanny place for me, a darkness and an evil that was unshakable. 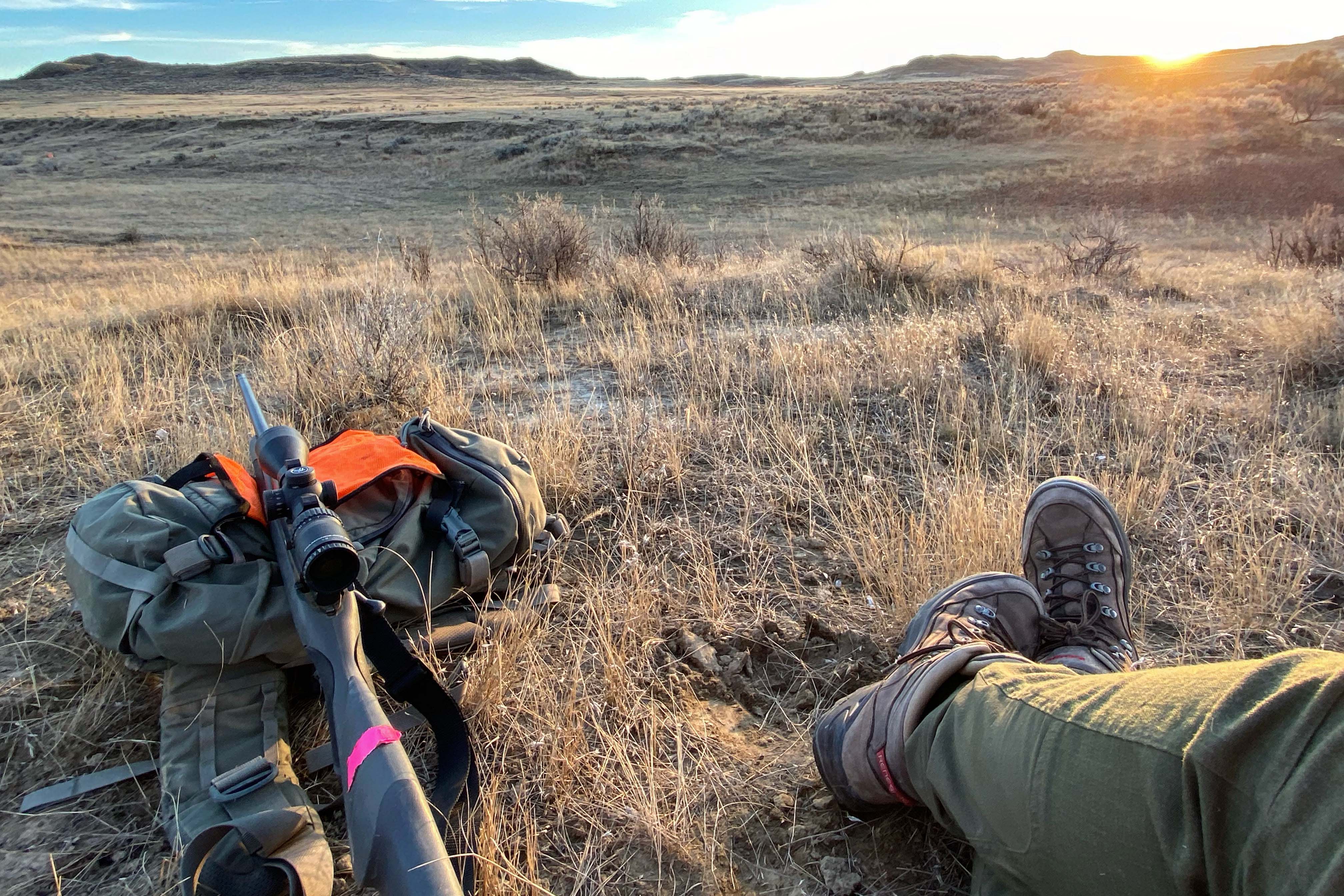 Review of Null my Weatherby .308 before the 2020 season; Photo credit: Nicole Qualtieri

Montana! This bastion of mostly rural life became my home in 2012 when I moved for a corporate sales job that didn’t last. But the move was sure to get stuck.

It was here that I became friends with Lindsey Mulcare, a fourth generation Montana hunter, and her gun collection was both extensive and sentimental. I’ve made more friends and seen that guns are simply part of their gear closet – less protective, more useful.

Being in a house with guns became more common than in a house without. People carried guns for grizzly protection in the areas surrounding Bozeman. They were carrying hunting rifles in downtown Bozeman as they walked into the local gun shop in the heart of the action. Guns were visible on many hips – and those weren’t law enforcement hips.

I ate moose for dinner, met trumpet bulls in the hills, and learned the difference between a mule deer and a whitetail. And the urge to hunt seemed to come from the sources of mountain hikes and backpacking trips.

My friend soon took me out to shoot for the first time; I shot her grandmother’s rifle. Immediately I was both shocked by the recoil of the .308 and pleased to hit the target. I shot a few more guns that day and found that shooting can be fun. It could be safe.

And I wondered if it might change my omnivorous life as well.

And then a hunter

In 2014, I made an appearance in communications for a TV show I’d never heard of meat eater. Set as a non-hunter with a desire to hunt, my desk was at the peak of the hunt as a mentor and idealist. I learned a lot.

It was there that I began to use the basic language of guns and hunting in an understandable way. And then, in 2015, I got my first gun: a Weatherby Vanguard Series II .308.

I would get up early to take pictures with my friend Janis before work. I took a hunter training course with two girls from work. I wondered if I could really, really pull the trigger on an animal.

Steven Rinella: Be a survivor, discover the gorilla

The founder of MeatEater learned a lot from the hunt, but perhaps nothing more important than embracing the elements – and not just surviving. Continue reading…

Despite all of this, I was still sitting on two sides of the fence, feeling like a bystander in my own life. I was really scared of what could happen if I screw it up. I was afraid of hurting myself or someone else. And I didn’t want to hurt an animal, but I wanted to fill my freezer.

I understood and still understand that a weapon is a tool of “violence” in the truest sense of the word: “use of force to kill something”.

It may not come as a surprise that I missed my first shot at a young buck in 2015. But in 2016, I took my first adrenaline rush shot and wounded an animal before I finally ran away.

Since then I have been fortunate enough, and perhaps now experienced enough, to shoot big game with a bullet and take a lot of birds home with shotguns. 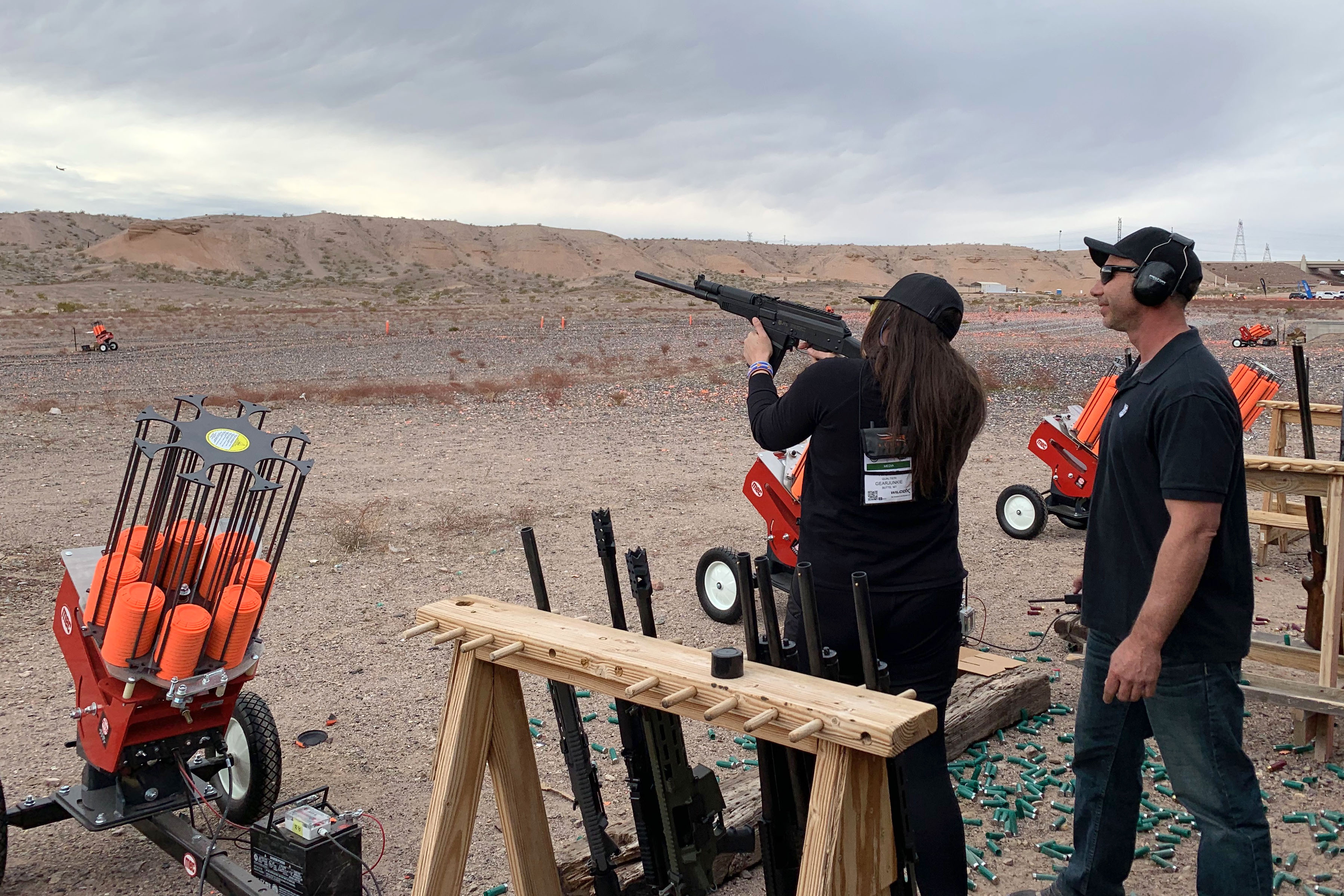 The author blows some clues during the 2020 SHOT show; Photo credit: Sean McCoy

Since I first shot a gun in 2014, I’ve learned to enjoy firearms, and I really love shooting different guns, understanding their usefulness, and improving myself as a marksman. I’ve learned to renegotiate the fear I initially felt to respect it, and it continues to be profound.

I recently saw a social media post where a friend posted a picture of their new gun. Someone commented, “What’s your name?” My friend’s answer impressed me in its familiarity and simplicity: “A weapon is a tool. Nothing more. Not less.”

Ultimately, this is also my new take on weapons. They are equipment in my closet and they are Tools of my trade. They are safe in my own hands and in the hands of responsible gun owners.

And they are certainly unsafe in the hands of some others.

Really, evolution itself seems palpable to me in every phase. Inside me is the little girl holding a shotgun next to her father in a state of curious fear, the young woman who is shocked and mourning the loss of human weapons, and finally the adult woman with a broadside deer in her sights, the is ready to pull the trigger.

To me these days a gun is a tool. Nothing more. Not less.