A deep gorge crosses the country. At the top, Romanesque monasteries watch the horizon, and a number of lookout points offer magnificent views. Oaks, chestnuts and vineyards cover the stepped slopes.

Everything in Ribeira Sacra invites you to breathe, relax and live.

Let me show you why Ribeira Sacra is a candidate to be listed as World Heritage of Cultural Landscape and a perfect destiny for a retreat trip.

It is one of the lesser known beautiful places in Spain.

Ribeira Sacra means the sacred bank of the river. In fact, the magic of this land revolves around two main rivers: Miño and Sil.

The river Sil carves up to 600 m deep in some areas during its final 35 km long granite walls. Then it joins the Miño River near Os Peares. The natural strength of the Sil River is soothed by some dams, which allows for pleasant boat trips – a wonderful way to discover the canyon.

A complete route in the region should include: Monasteries, viewpoints and nature, vineyards, traditional towns and local cuisine.

How many days? Consider at least 5.

The viewpoints to admire Ribeira Sacra

We can count at least 36 amazing viewpoints to admire the Ribeira Sacra.

They are distributed along the two main rivers Miño and Sil.

It may take a while to stop at each lookout point. So it is a good idea to choose some of them, especially if you are visiting Ribeira Sacra for a short time.

These below are my favorites: 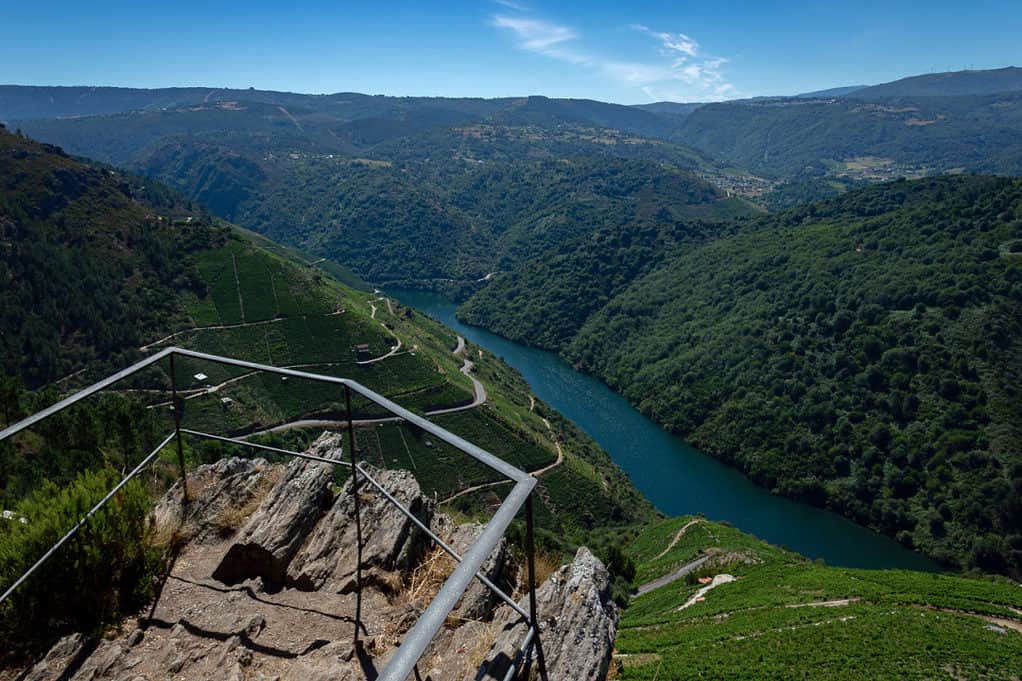 And the points of view

How many places have you visited from different heights? You can do that on Ribeira Sacra!

From top to bottom: 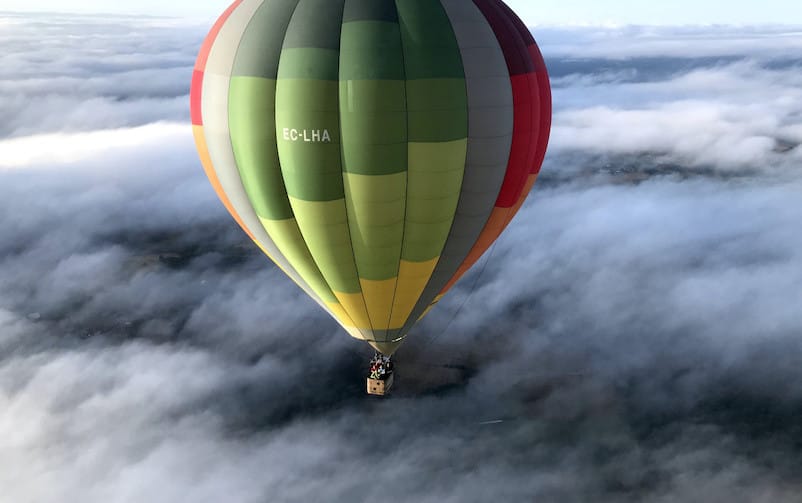 The monasteries around Ribeira Sacra

The area is considered to be the main concentration of rural Romanesque in Europe with 85 Romanesque monasteries, 18 of which you can visit.

Why so many and what was the purpose of building them?

The fertile land, mystery, retreat, and peace of the region have attracted monks since the beginning of the Cristianity monastic order. We can now follow their footsteps and try to find the same pleasure in such a peaceful retreat.

Located in the heart of Ribeira Sacra, Santo Estevo was one of the most powerful monasteries in the region: Nine bishops decided to spend their last days there.

It preserves a baroque facade, a church with a Romanesque apse and three cloisters from different periods: Renaissance, Romanesque and Gothic. The monastery is now a luxury hotel (part of the prestigious Spanish Paradores chain) where you may be able to stay overnight. 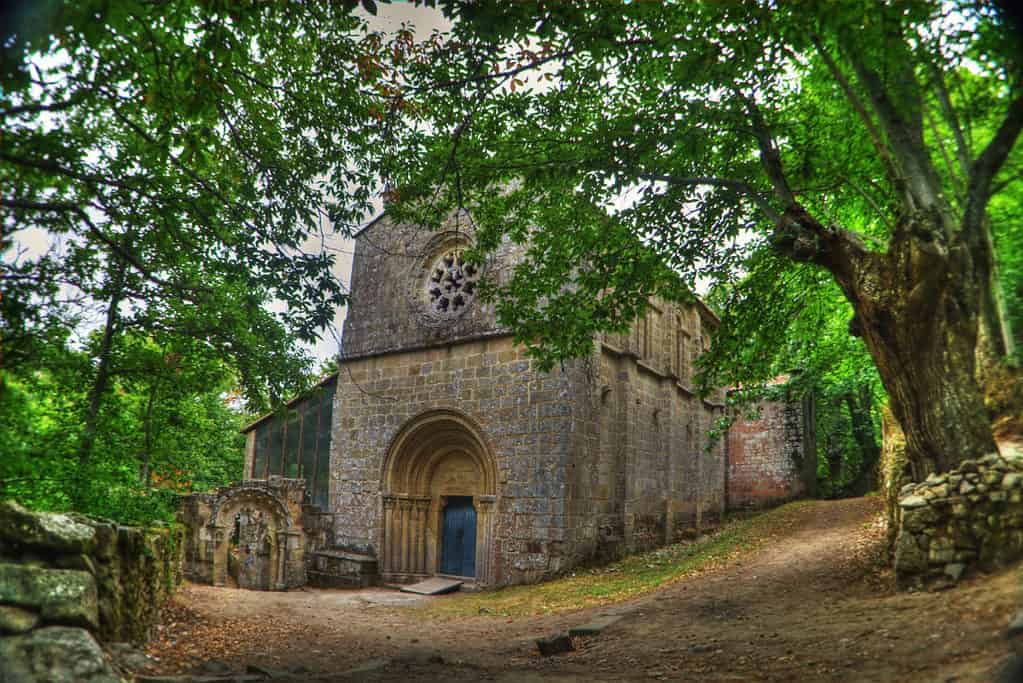 Santa Cristina de Ribas de Sil is one of those magical places that you will remember. Surrounded by a chestnut forest, this monastery from the last XI century stands over a meander of the river Sil.

San Pedro de Rocas (Saint Peter the Rock), it looks like melting on the rocks. It was probably one of the first places where the hermit’s solitary life became a communal life.

The vineyards in Ribeira Sacra

Ribeira Sacra lives with and for wine. The Romans found gold in these lands but left us something in exchange. Probably they combined the native grape vines with the Mediterranean ones to get better vines. In addition, the Caesars are said to have demanded these wines. The tradition continued with the monks improving and promoting wine activity and cultivating rough patch of land at an angle of 50 to 85%. Some of them are still only accessible by boat. In those times, viticulture became an economic source of what it is today. 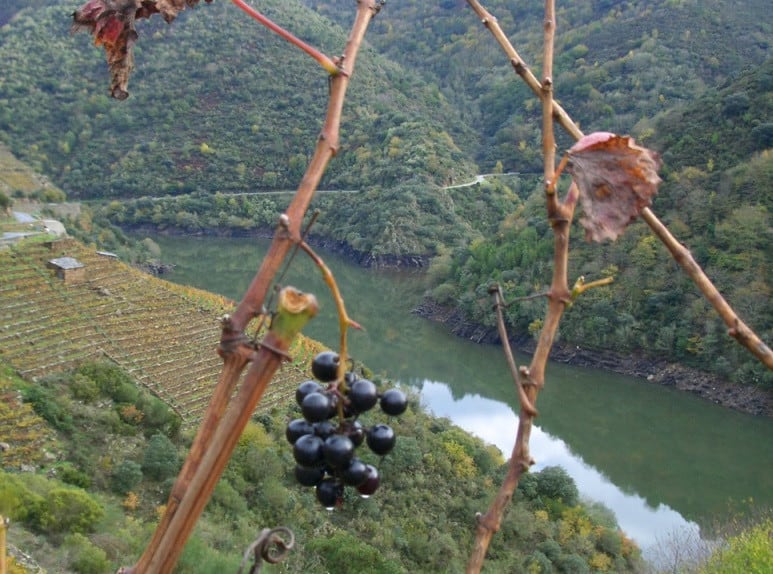 Visiting a winery in Ribeira Sacra is essential to understand the local way of life. There are many small wine cellars, family businesses, which are distributed in the three wine regions Amandi, Ribeira do Miño and Ribeira do Sil.

Just pick one (or two or three) and let go of your senses.

The traditional towns of Ribeira Sacra

Are there big cities in the area? Fortunately not, peace is guaranteed. But there are three cities and one city that you should visit.

As the junction of the rails, Monforte made a city. It is located in the geographic center of Ribeira Sacra, a good choice to stay and plan day trips. Don’t leave the city without walking along the Cabe River and discovering the Galician Escorial: Nuestras Señora de la Antigua, the old castle and the Tower fortress.

Portomarín is an important village on the Camino de Santiago. I always say that the road acts as a railroad for rural cities: it makes life flourish. People open small restaurants, hotels, shops. Some towns and villages appeared in the Middle Ages because of the route.

But watch out: the Portomarin you can visit these days is the new city. The old one is submerged under the water of the reservoir. The main buildings, including the Johanneskirche, had previously been relocated stone by stone to their new location. 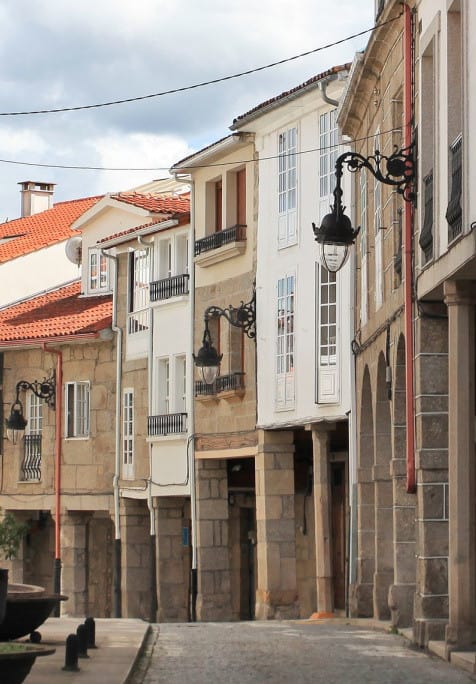 A traditional city with some Romanesque treasures. The main square is surrounded by traditional houses with wooden balconies and verandas. If you are lucky enough to visit Chantada on a fairy tale day, 5 or 21 a month, you will be immersed in an authentic experience: the market like in the old days.

Castro Caldelas watches the Edo River from the top of a hill. To reach the castle, which is in the middle of the village, you have to walk up the winding cobblestone streets that have been lost in time. And again, feel lucky to be here.

The nature in Ribeira Sacra

You will soon find that Ribeira Sacra is a hiker’s paradise.

There are many incredible hiking trails in the area. You can follow anyone near your hotel, but I would recommend three: 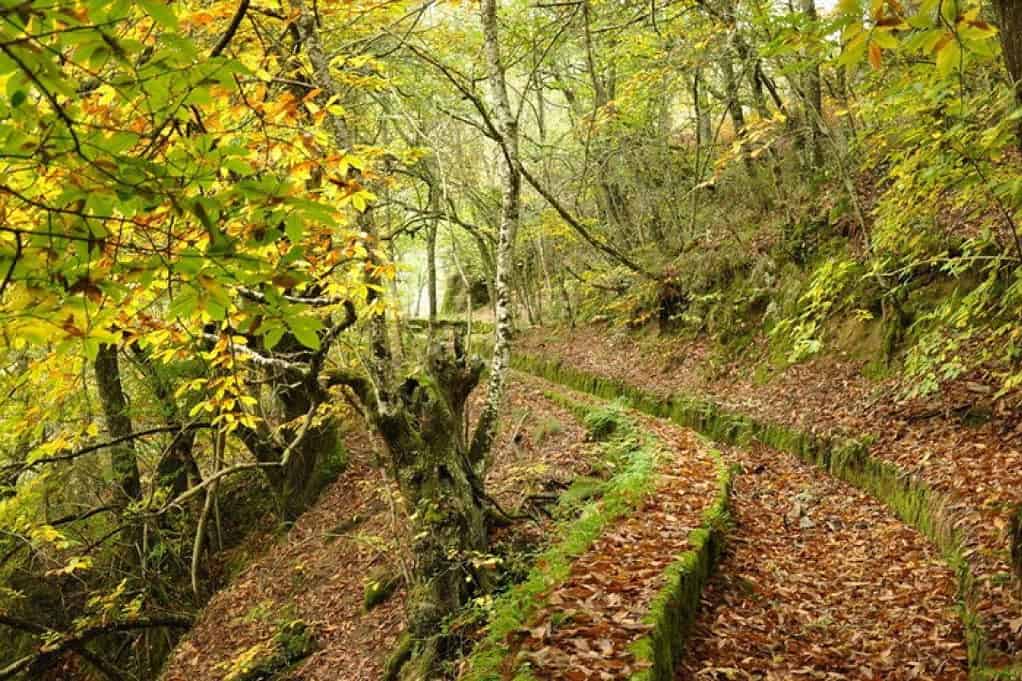 Gastro tourists could only choose Ribeira Sacra as a gastro destination and be gratefully surprised by the quality and variety of local dishes and wines. But even if you are not a gastro tourist, you have to eat between one excursion and another. 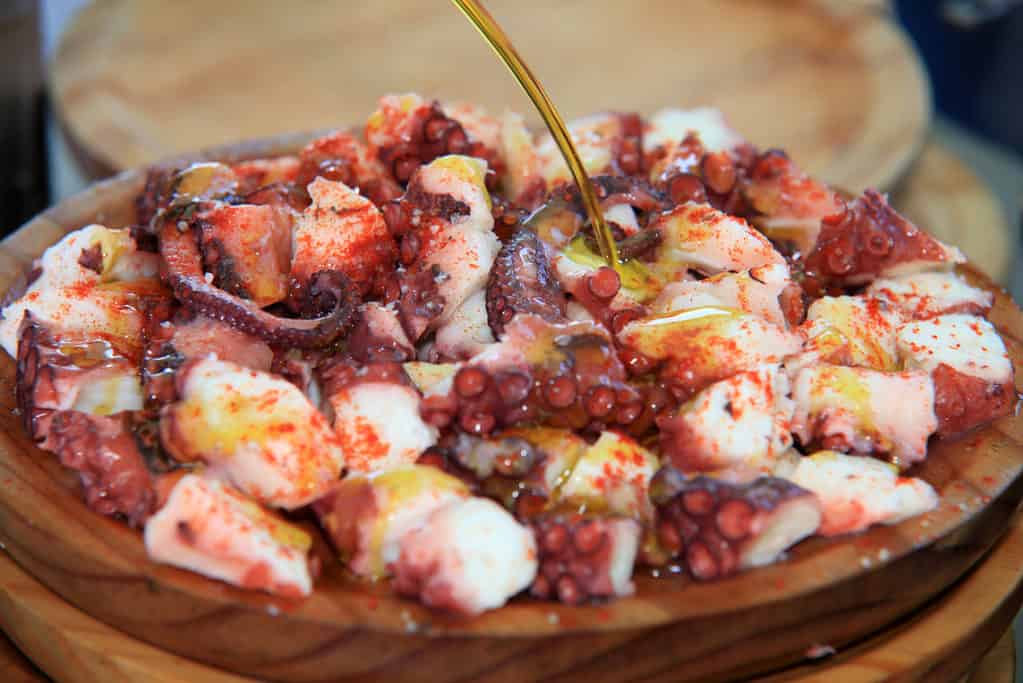 Octopuss a Feira or Galician style

Meat lovers would be so lucky here. Top quality pork (shoulders, ham, chorizo), veal (T-bone steak, sirloin), goat meat, and large and small game hunting are all offered on the tables. Of course, all of these normally roasted meats go perfectly with the local red wines from Ribeira Sacra.

If you love fish, trout are caught locally, but there is also a long tradition of eating European eel and A Feira (Galician style) squid.

The locals collect excellent mushrooms and chestnuts in the woods and prepare delicious side dishes with them. Chestnuts are a common ingredient in dessert recipe books, sometimes combined with honey and cheese.

Try Bica de Trives or Bica de Castro Caldelas. Bica is a traditional moist sponge cake made with pork butter. You can enjoy it as breakfast or as a dessert with coffee liqueur – an old tradition in the region.

Sleep with the serenity of a monk

There is an amazing range of funky places to stay in Ribeira Sacra.

What about sleeping in a former monastery? Santo Estevo de Ribas de Sil is a spectacular former convent that has been converted into a 4-star hotel.

Or in a winery? Rectoral de Anllo offers the opportunity to relax in the midst of vineyards.

Or in a former rectory? Reitoral de Chandrexa is an ecologically cozy rural hostel with only 3 bedrooms.

There are also plenty of rural authentic accommodations, a wide choice.

Ribeira Sacra is one of the most complete destinations. Seasoned travelers will still find it amazing. It will leave you with a full stomach, a smile on your lips and a satisfied heart. I promise it. It happens to me every time I visit.

Are you looking for more unique places in Spain? Check out these posts:

Fitness Retreat in Mexico: Exercise while exploring the Mayan ruins

The best beaches in Key West

The biggest tourist attractions in Uganda