Come June Eric Spector, 74, will be the second oldest runner in the western states this year – and the oldest sponsored athlete. We sent him a message to find out what it’s like to be a senior runner in ultraendurance racing. And of course, to search his brain for training methods and equipment.

Coincidentally, Spector is just as old as the pioneer who started it all: Western States’ Founder Gordy Ainsleigh Who has run – and finished – the 100 miler 23 times over the years?

Denis Trafecanty (78) was recently added to the list of participants through the draw of the western states. For the first time in history, western states will do so three Septuagenarians on the starting line.

When Spector or Trafecanty are done, they will also be the oldest finishers in western history.

Originally from the East Coast, Spector has cut his teeth while running road runs and marathons in New York City. But trail running is his real love. This year he follows that love of the trails to the start line of the Western States 100 Endurance Run.

Questions and Answers with Eric Spector

GearJunkie: Is this your first time running Western States?

Spector: Yeah, it’s my first time. I ran as a pacer in Western States for 2 years and I run with a couple of people who have run in it. I ran in three qualifiers and qualified last year.

But of course that didn’t happen because of COVID. With COVID, it’s been 6 years since I [Western States] The journey began.

I volunteered in western states and set up a relief post at Rucky Chucky on [American River] Crossing. I went up and down for the race. I’ve been with westerns for a while. Knowing the course helps dramatically.

It’s a great race. In a way, it’s like the Boston Marathon just to jump in and qualify and then run a difficult course. Western is like that, but in the ultra world. I’ve done it twice, Boston, and it’s fellowship.

What are you looking forward to the most?

Last year was a dark time for everyone, not racing. You know the uncertainty. And now we have some light at the end of the tunnel. It was disappointing not to have a chance to run.

I’m excited, optimistic, and do a lot of things that I should have done in the past [to train]how core reinforcement. Once your mechanics fall apart, things will only get worse.

What are your top training tips for older runners?

Avoid Injury. Avoiding injury is critical. When something is wrong, you need to listen to your body. With each injury, you take a step back. But older runners, you’re taking a longer step backwards. Self-monitoring is important to be careful with. Allow yourself more training intervals during training.

Give yourself time to plan. A plan is required for a 100 mile course. You need to have a good understanding of what you need: diet, hydration, taking into account the weather. You can have hail and snow at the start of the race and 110 degrees in the canyons on the same day. It’s unpredictable.

What are your top training tips for novice ultra runners?

Set realistic expectations. You will be more successful if you lower expectations. do it little by little. Build up your distances gradually. The same with [starting to run] Ultras – start out with more experience on trails. Take your time. At first, it just comes down to getting there. And enjoy the trip.

Educate yourself. Read and learn about hydration, especially as distances get longer.

Make a routine. Do whatever works for you but stick to a routine. And keep a diary. Write what you’ve done – time, miles – to gauge your own progress.

Where do you train 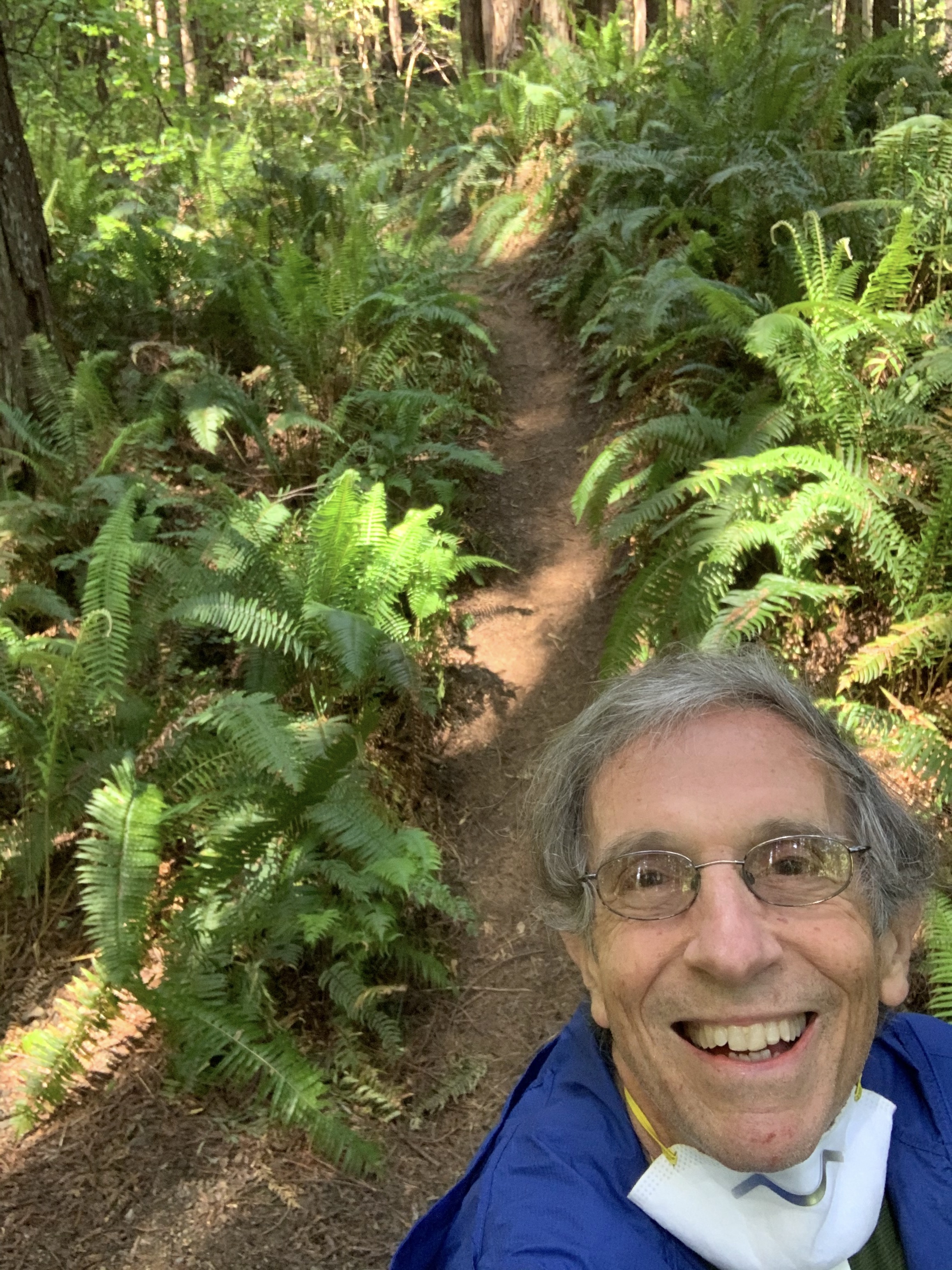 Eric Spector takes a selfie while running on a local Black Mountain trail.

I am very happy to live in the Bay Area. It’s mountainous. There are two places near where I live that I like to train: Black Mountain has some amazing trails. I can get 5,000 feet up when doing loops. It has both steep and gradual inclines – it’s a good workout.

Another place I go is the Windy Hill Preserve and Open Space in the Portola Valley with steep, wooded trails. I go out (with my mask at the ready) and just run.

The third place I train is the course itself. We’ll get up early and ride somewhere on the course, and [I’ll run for] 4-5 hours. I’ve already done seven of these trips.

Western states are 41,000 feet of elevation gain and loss so it’s a challenge.

At what age did you start running competitively?

I’ve been running for 47 years. But I didn’t get into ultra running until my 60s because it fascinated me. Western wasn’t always my focus until a few years ago.

What notable events have you carried out before?

I did the Dipsea Race (which I did every year), then the Double Dipsea, then a 50K, then an Olympic Tri, and then a 125 bike ride [the California Death Ride]. Then I did the Alcatraz Invitational, then a half [marathon], then an Ironman, and then I finished 65 with a marathon.

I’ve done 10 different events in 10 months. It was a little crazy.

The Cuyamaca down in Arizona and then the Black Mountain in San Diego [were my] 100Ks. I mentioned talking to Gordy about it [the Cuyamaca]and he was impressed, or whatever you call it, with my time in this race.

95 marathons in a row: Q&A with Alyssa Clark

Alyssa Clark started running a quarantined marathon every day. Then she ran successive marathons and set a record in the process. Continue reading…

What was the toughest race you’ve ever driven?

The 100 mile race was a real challenge. Partly because it’s been 29 hours without a break [running]and when you run on a trail you have to be careful. It’s not like road racing – you can’t look at the landscape.

But my Ironman at 65, what can I say? I had to teach myself to swim in open water; that was tough too.

What was the hardest thing you did before?

I had just turned 20 when I signed up to join the Peace Corps. That was a good move for me. But difficult. [It’s] a commitment to service, to a new culture, language.

We didn’t have telephones then; You couldn’t really call home. I served in Colombia – not an easy decision, but a good one.

What gets harder with age as you run?

I mentioned an injury that gets worse with age. In my mid 60s I broke my leg and that closed me up for months. I was in a boot and the doctors couldn’t figure out what was going on. In the end, it was found to be a fibular fracture.

And what gets better with age?

The good thing about muscles is that you can strengthen them at any point in life.

You know I enjoy the long runs. When things go well, they are just magical. Some days I run 4, 5, 6 hours on a trail and don’t see another person. And that’s amazing in my 70s … having the wilderness to myself.

You can follow him @FitAtAllAges More tips, tricks, and ongoing revelations.

This interview has been edited for reasons of readability and clarity.

The Western States 100 is a legendary endurance run. In 2018 Dauwalter won the race. Now she’s back to find out more. Continue reading…