Whether you’re supplying power to the family RV, providing your phone with some much-needed juice, or contacting first responders in the midst of a backcountry emergency, a generator is a useful piece of outdoor equipment. Here’s how to use one.

For many of us, camping is a pastime that can only be enjoyed by disconnecting from our busy, scheduled, tumultuous world. To disconnect means turning down the music, shutting off the phone, and cutting the cord on everyday electronics. Though disengaging from the world is often a peaceful enterprise, there are times when a portable camping generator is necessary.

From powering outdoor lighting at the campground to staying connected with loved ones far away, a camping generator can serve you in a variety of ways. If you’re considering the nomadic life that requires a home on wheels, a generator will quickly become a fundamental piece of everyday equipment.

Regardless of how your generator will serve you, the first thing you’ll need to know is how exactly to use one. In this how-to for generators, we’ll guide you through the main factors to focus on after purchasing this powerful appliance.

Before we jump into using your generator, let’s consider the various types of “generators” you may own. Historically, a generator has been a gas or diesel motor that powers an electrical generator. These portable generators will run as long as they have fuel and can produce enough power to run home appliances (or even industrial sites if they are big enough).

Review: The Fast-Charging Power Station That Blew Up Kickstarter

The EcoFlow Delta 1300 battery powers your work and play tools emissions-free. And it claims to recharge faster than any other battery-based generator. No wonder it’s nearing $2 million on Kickstarter. Read more…

But in recent years, some brands have begun to refer to large lithium-ion battery banks as “generators” as well. These power banks are much larger than the small phone chargers that you would drop in your backpack. Most weigh in the 15- to 30-pound range.

They contain powerful batteries that can run technology like computers, power tools, or small refrigerators off the grid. As a major plus, they’re silent. On the downside, they require a power source — a wall outlet, a solar panel, or a 12-volt outlet in a vehicle — to recharge. 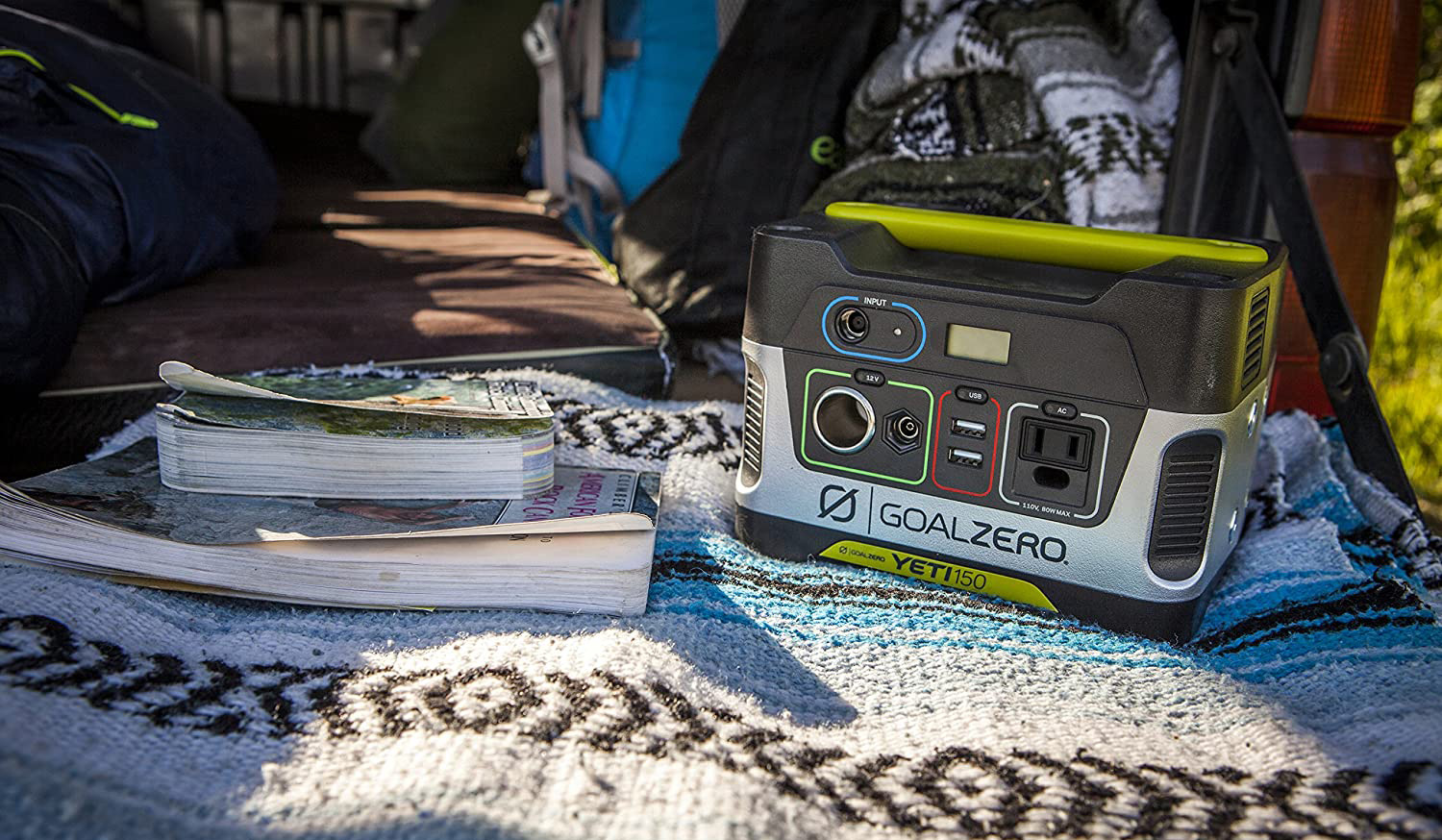 Below, we discuss how you can use a gas generator safely and effectively. For those using electric generators, here’s an example of the user guide for Goal Zero’s Yeti 150 Portable Power Station.

Before firing up your generator, begin by consulting the owner’s manual. Though it may seem like a tedious effort, every generator has its own quirks and operating procedures that will require proper assembly.

Move Your Generator Outside

It may seem like common knowledge, but a generator will produce fumes as it burns through fuel. For this reason, it’s recommended that you run your generator outside, at least 15 feet away from any structure or vehicle.

Never operate your generator in a confined space such as a tent, camper, or garage where deadly carbon monoxide gas may collect.

Before starting up your generator, disconnect any cords that may run to your home, camper, or other electronics that need juice. Avoid producing any load during the startup that’s attached to your home.

After the generator has been started successfully, feel free to plug in the corresponding cords as needed.

Turning on Your Generator

Turning on your generator will be a hassle-free process once you’ve done so a few times, but the steps involved can be tricky to remember. Follow these effortless steps to successfully turn on your generator each and every time.

Turn on the Fuel Valve

Think of the fuel valve as the primary component of the generator that allows it to start. Once you’ve located the fuel valve, turn it to the “on” position. This will release fuel into the carburetor that will help the engine start successfully.

Turn on the Choke

When working with internal combustion engines, a choke valve comes into play that modifies the air pressure in the intake manifold. This will alter the ratio of fuel and air quantity entering the engine.

After locating the choke rod, move it from left to right or bottom to top, depending on its original orientation. This will make it much easier for the engine to start running, especially if you’re starting the engine cold after a bout of time without use.

Turn on the Ignition

To actually fire up your generator, you’ll often need to locate the ignition or engine switch somewhere on the side of the device. This will essentially be a small switch that flips on before the device is started.

If your generator happens to have an electric start button or a turnkey ignition, you can turn on the generator far easier than you would by using the recoil-cord option outlined below. If the engine doesn’t start after pressing and holding the electric start button, your battery may be out of juice. Should this occur, charge the battery on a trickle charge as you would a car battery.

Pulling the recoil cord will actually start the engine. Pull the cord until you feel resistance on the other end, then release. This may take 2-3 attempts, as fuel is injected into the engine with each pull.

If the engine doesn’t start after multiple pulls, stop and let the equipment sit for a few minutes to ensure the engine isn’t flooded with fuel.

If the engine doesn’t start, move the choke into the halfway position and pull the cord again.

Move the Choke Into the ‘Run’ Position

Once the engine has been successfully started, slowly move the choke back into the “run” position that you found it in before preparing the generator for use. Do this after the generator has been running for a few minutes. 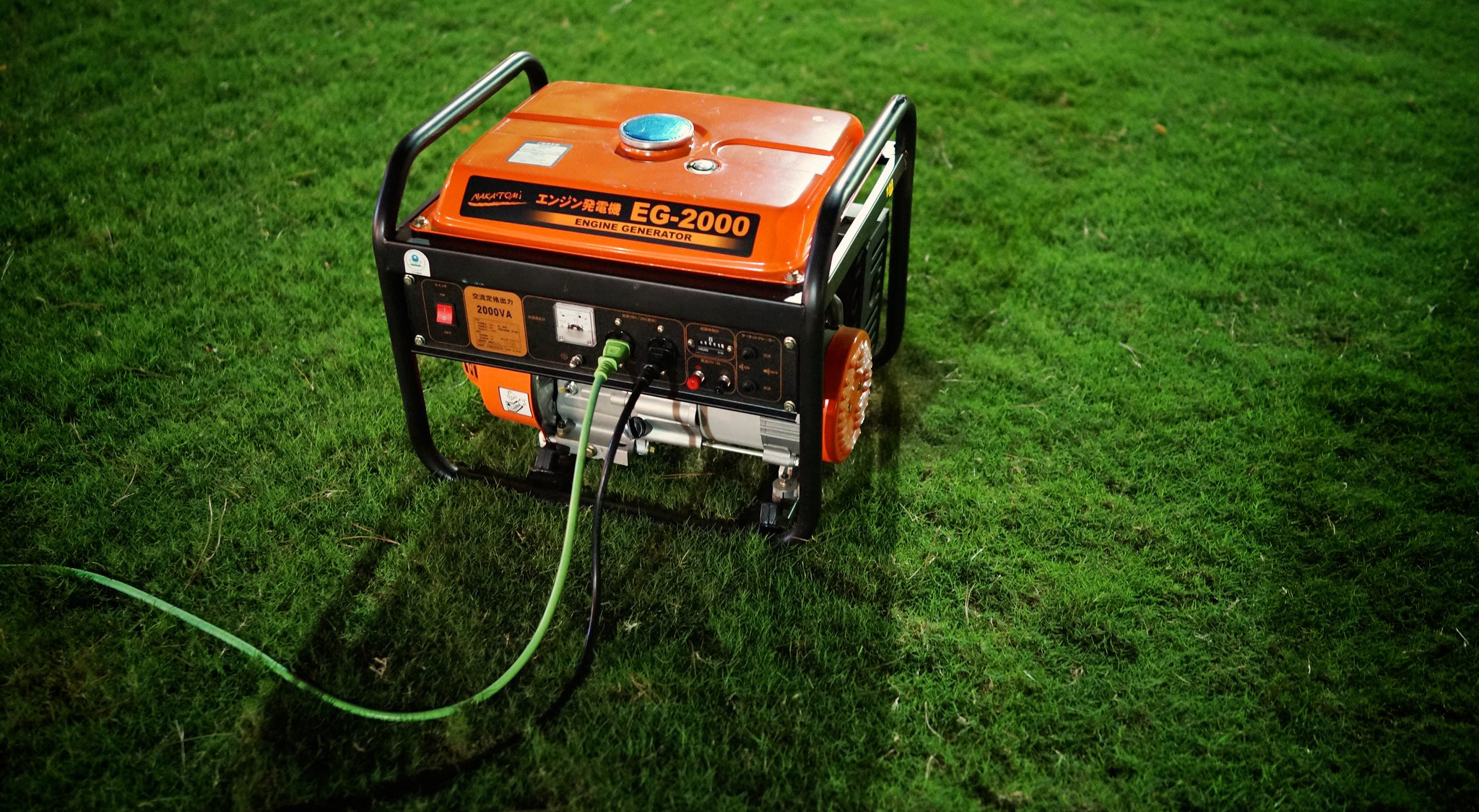 Harnessing Power From Your Generator

Once your generator is turned on, let it run for a few minutes to warm up, then follow the steps below.

Your generator will transfer energy by way of a power cord, but the cord you need depends on the device you’re looking to power. For instance, campfire lights that are strung up to set the mood will require only a light-duty, 16-gauge extension cord.

When the time comes to refuel your generator, simply unplug the power cords from any external devices or buildings and allow the generator to run for a few minutes to stabilize it. Turn it off and let it cool before adding more fuel, then repeat the process described above to turn the generator back on. 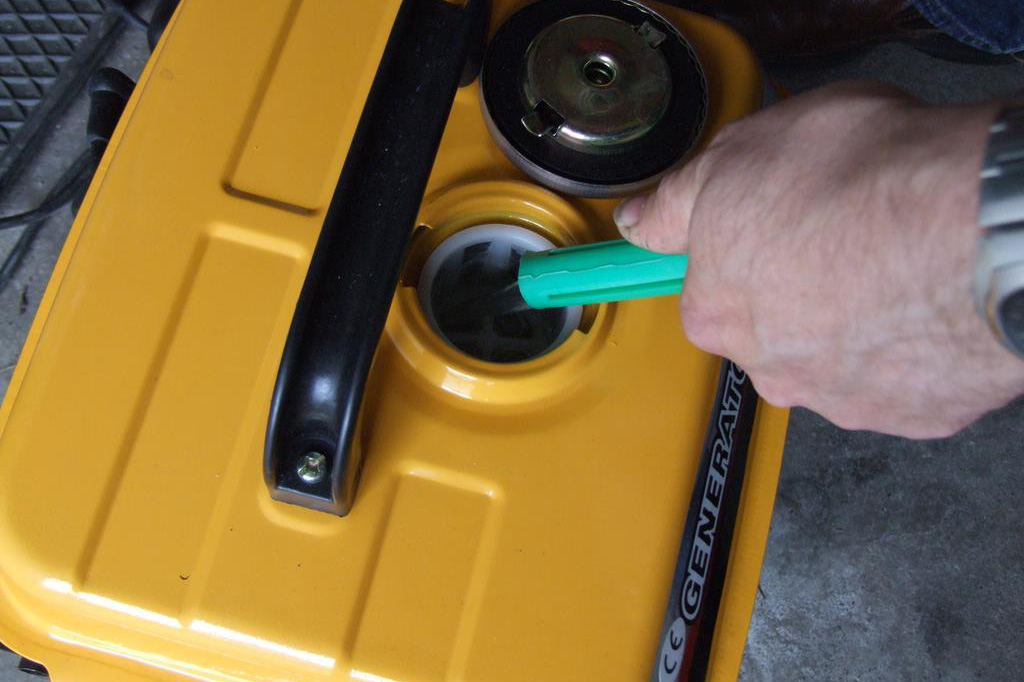 Generators are an essential piece of equipment whether you’re camping in the backcountry or returning power to your home after a storm. To get the most out of your generator, follow the owner’s manual and treat your generator with care for extended use.