The Bluetii AC200, a 2,000W portable solar power station, launched on Indiegogo on July 1. And after the holiday weekend, the gadget’s campaign is now approaching $2 million in support — still with more than a month to go.

The Bluetti looks like it might be the crown jewel of power chargers. It packs a punch with 2,000 W — one of the highest outputs among power stations — and can charge up to 17 devices simultaneously.

And it doesn’t just charge laptops and smartphones. The Bluetti AC200 can power almost all home appliances and more: RVs, drones, off-grid cabins, e-bikes, and even electric vehicles, according to the campaign. 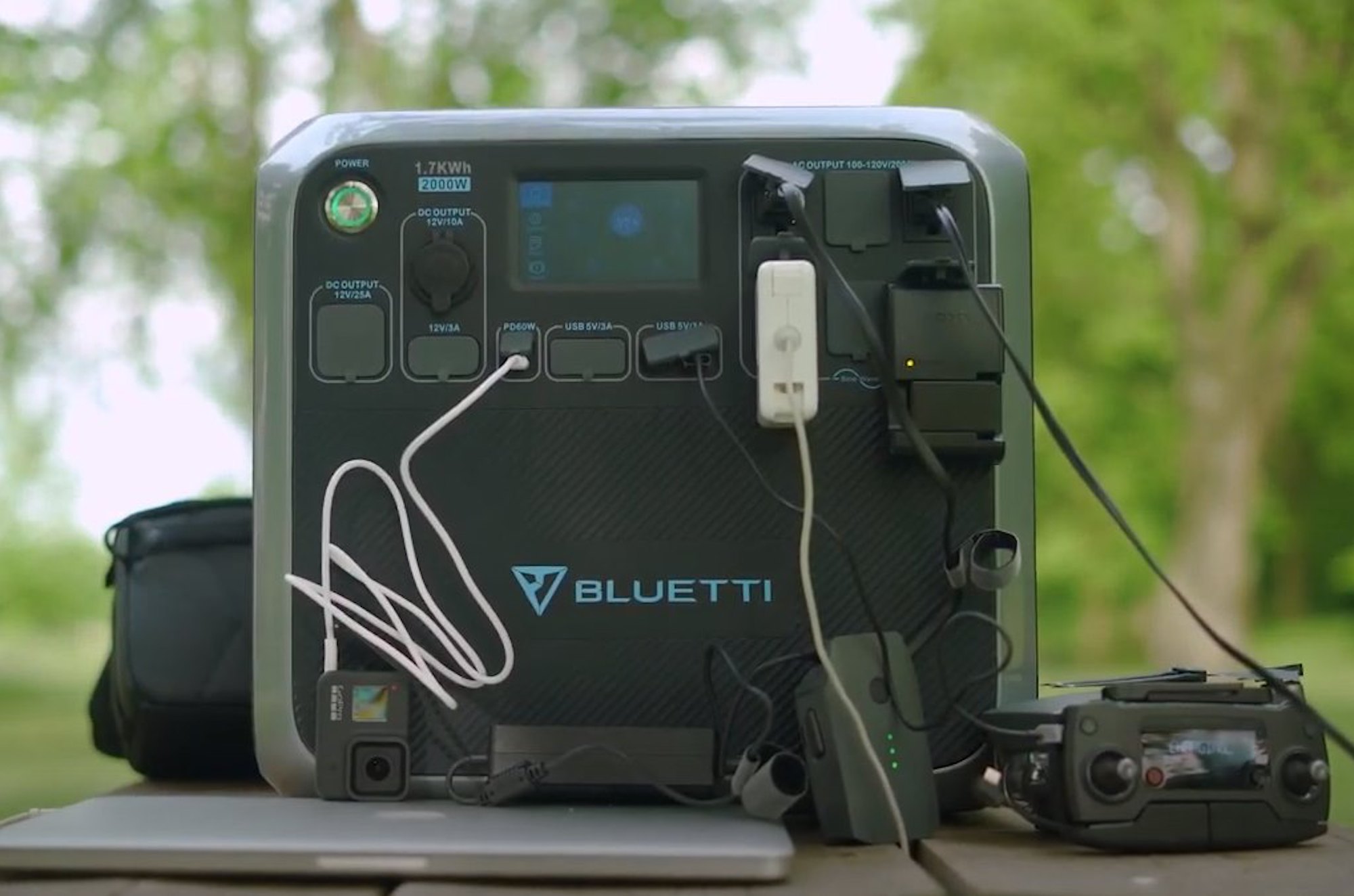 The Bluetti AC200 uses a temperature-controlled fan to keep it running cool and quiet (below a certain temperature). So not only does it charge your electronics off the grid, but the Bluetti also has enough capacity to charge them on the grid. The brand boasts that using it can also help reduce your electricity bill.

If there’s a downside from first glance, it could be the weight. The Bluetti tips the scales at a whopping 57 pounds.

But with more than a month to go, it could conceivably pass the previous crowdfunded darling among power stations, the EcoFlow Delta (which netted $2.8 million).

The Bluetti AC200 has a built-in EV-grade battery cell with a 1,700Wh capacity, an advanced BMS (battery management system) controller, and even an ECO mode that “makes the AC200 drain 50% less electricity than competitors in the market.” It also has an LCD touchscreen interface (solar-powered) that displays voltages, current, power, charging status, and more.

As far as output, the Bluetti has 17 different ports to charge a range of devices:

The brand claims that the AC200 can be recharged by a solar panel, wall socket, a vehicle 12/24V output, or less eco-friendly options, like a gas generator or lead-acid batteries.

A full charge from a standard AC wall outlet takes 4.5 hours. But with its ability to support up to 700W solar panels, Bluetti claims it can completely charge in just 3.5 hours in full sun.

The Bluetti is available on Indiegogo for a limited-time price of $1,199. Once it hits the market, the Bluetti will cost $1,800 or more. We haven’t tested it or seen it in person yet, but if its claims hold up, this could be a strong contender as a large battery for electric backup, camping, off-grid work, and more.