Portable refrigerators, also known as electric coolers, are becoming a mainstay of car camping. And today the GoSun brand is launching a new model with some unique functions, from integrated Bluetooth to an on-board battery. Here’s what you should know about the GoSun Chillest solar cooler.

I have to give it to GoSun. Since launching its newest product on Indiegogo this morning, the brand has sold nearly $ 60,000 worth of electric coolers. But as someone familiar with electric coolers, I also need to give the brand a mark to set themselves apart from the competition with some clever features.

In short, the GoSun Chillest is a portable fridge / freezer. It runs on electricity stored in a battery, not directly from the sun (although the sun can charge the battery).

Therefore the term “solar cooler” is a bit misleading to me. However, this is how the brand puts the product online.

Similar to other coolers from famous brands like Dometic and ARBThe GoSun is powered by electricity to cool the interior. It has two chambers and the user can adjust the temperature of each one individually. So you can have one side as a freezer and one as a refrigerator, or both as a freezer or refrigerator.

None of this is unique to GoSun, but it is certainly great for campers who want to keep fresh groceries on the campsite. Nevertheless, GoSun has outstanding technology. It’s different here.

Among the high-end portable refrigerators (I’m talking about those of Overland brands that have done pioneering work the category), very few, if any, have built-in batteries. Instead, they opt for a simple connection to your vehicle’s electrical system, which in many cases can power the radiator for days or even indefinitely if you drive regularly.

The GoSun Chillest is different here. It has a built-in lithium-ion battery that can charge the cooler for up to 10 hours, according to the brand. Although the number of hours run per charge varies dramatically based on the outside temperature and the setting of the inside temperature, this is still a good idea for the sake of simplicity.

Just plug your cooler in at home to charge, then use it for the day.

But what happens after 10 hours?

This is where the GoSun begins to look more like other brands. GoSun offers an external battery for sale as an add-on. GoSun calls it the portable Power 266 Power Bank. It gives the Chillest 30 additional hours of claimed power. Of course, you can also charge the battery at home.

You can also charge the battery using solar panels.

And as with other batteries, you can use the Power 266 to charge your phone or supposedly other electronic devices. Again, this is no different at all from other products on the market.

Dometic, Goal zeroand countless other brands build batteries that can power coolers. The GoSun seems to be a sound design, however, and the price isn’t bad (more on that later).

That is different! Customers can buy a solar table that matches their GoSun cooler.

I haven’t seen this design anywhere else. Essentially, it is a solar panel that is mounted directly on the cooler. The brand claims that it will charge the internal battery or extend the run time.

Personally, I’m curious to see if it’s big enough to protect the cooler from the hot sun, as it seems counterproductive to put the cooler in direct sun. 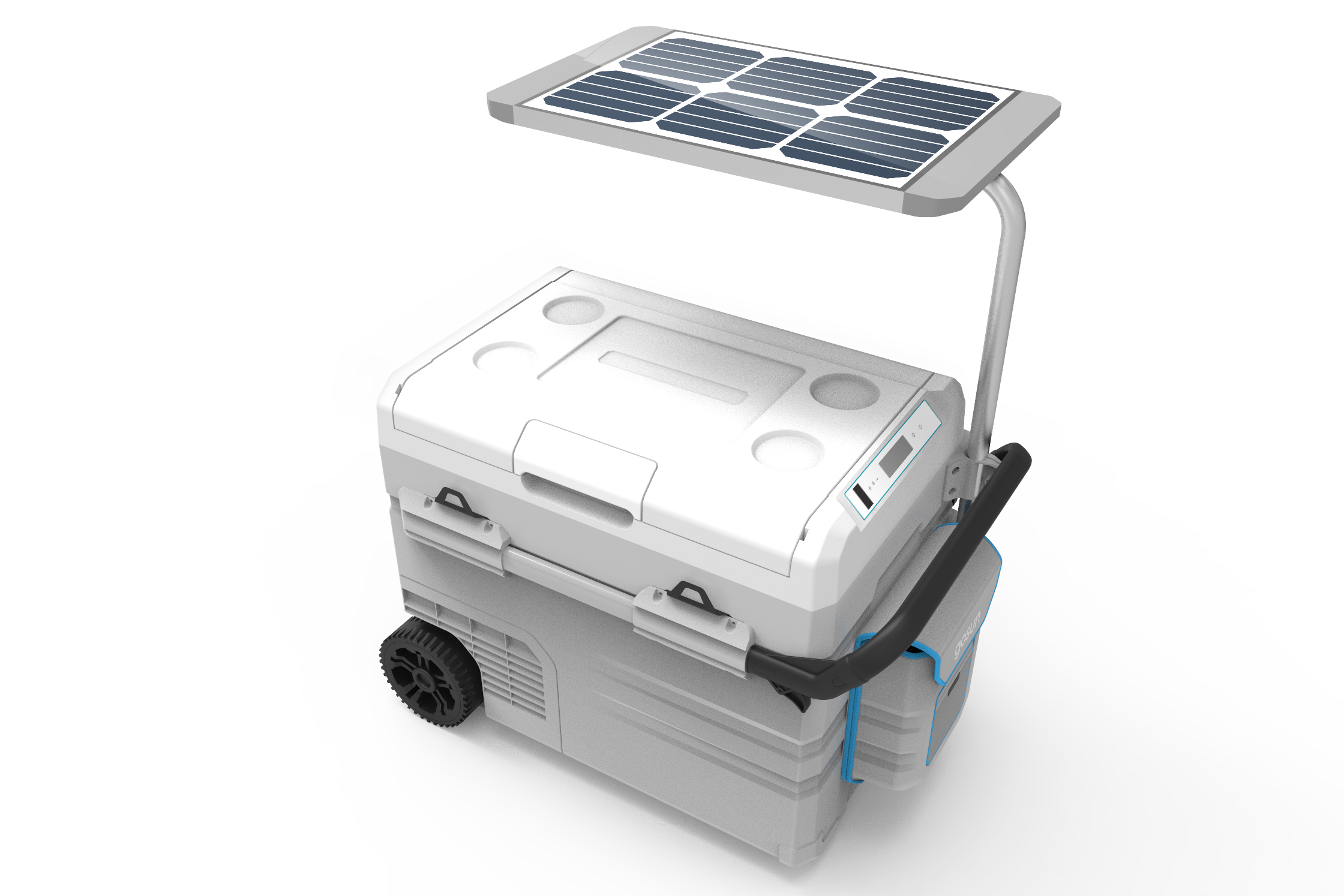 Here, too, there are other solar solutions for operating a cooler. For example, you could buy one Goal zero Battery pack and a solar panel, and then set them up anywhere to power your 12 volt system.

However, the solar table is a unique and clever design. You can also use the panels as a table for setting up food, playing cards or whatever you need. As long as the panels are very durable it seems like a cool add-on.

The Chillest also has a Bluetooth connection. That means you can set the temperatures from your phone. While this isn’t a big deal, it’s pretty nice and can save you from crawling around in your packed vehicle when you want to check or reset the temperature of your radiator.

Finally, it also has wheels and a handle. Both have advantages and disadvantages, but it sets it apart from many coolers on the market.

Shall we turn to the brass nails? The Chillest isn’t all that unique in terms of design. But what about pricing? In short, pretty good.

The 45-liter cooler costs $ 599 at Indiegogo. This is a bargain compared to many other markets. It’s also worth noting that the Chillest will retail for $ 899, which is roughly the price.

By comparison, Dometic’s 45L offerings cost between $ 850 and $ 960 but don’t include a built-in battery. I’ve never found the lack of a battery to be a problem as I just plug the Dometic into my truck. 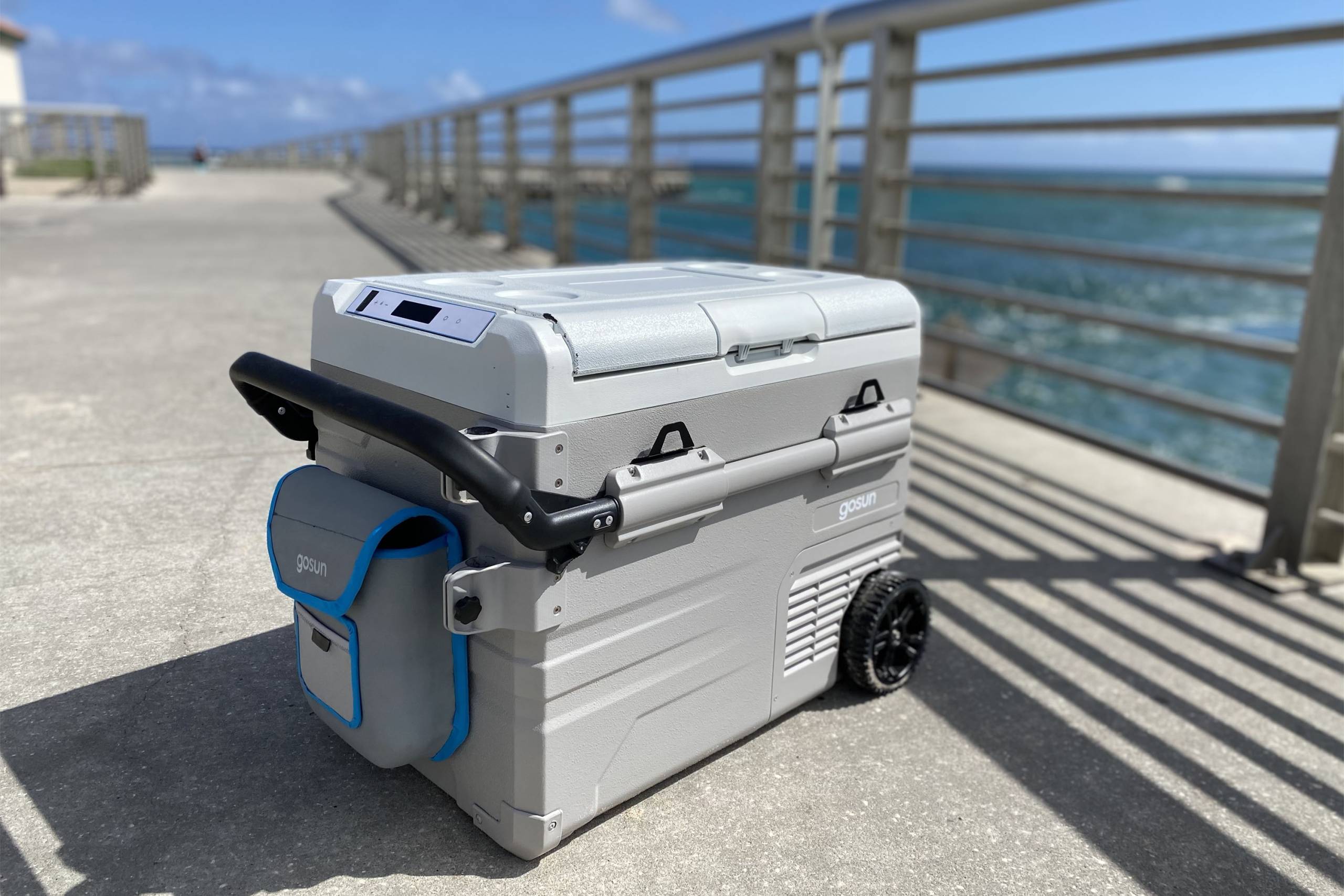 We have not yet seen this product in person so we cannot vouch for its performance. Many of the specifications are the same as other products Currently available from Home Depot.

However, with GoSun’s history of unique sun-powered products, GoSun has the potential to stand out from an otherwise overcrowded market. Learn more at Indiegogo.