An ultrarunner from Utah shaved almost 24 hours off the supported speed record for hiking the Colorado Trail. And the story of how he did it is unlike any we’ve heard.

A month ago, Mike McKnight completed an FKT on the famous Colorado Trail, moving west to east, then taking the Collegiate East Route. He started on September 14 in Durango and finished 500 miles northeast in Denver on September 21. (The Colorado Trail runs 485 miles over Colorado’s iconic San Juans and Collegiate Peaks, weaving from Durango all the way to Denver.)

He did the attempt supported, which means he had a crew who met him every 20-30 miles to resupply him with food and words of support. They also paced him along the way.

His finish time: 7 days, 13 hours, and 16 minutes. But trust us (and him), it wasn’t an easy journey. We sat down to listen to McKnight’s experience post-FKT. 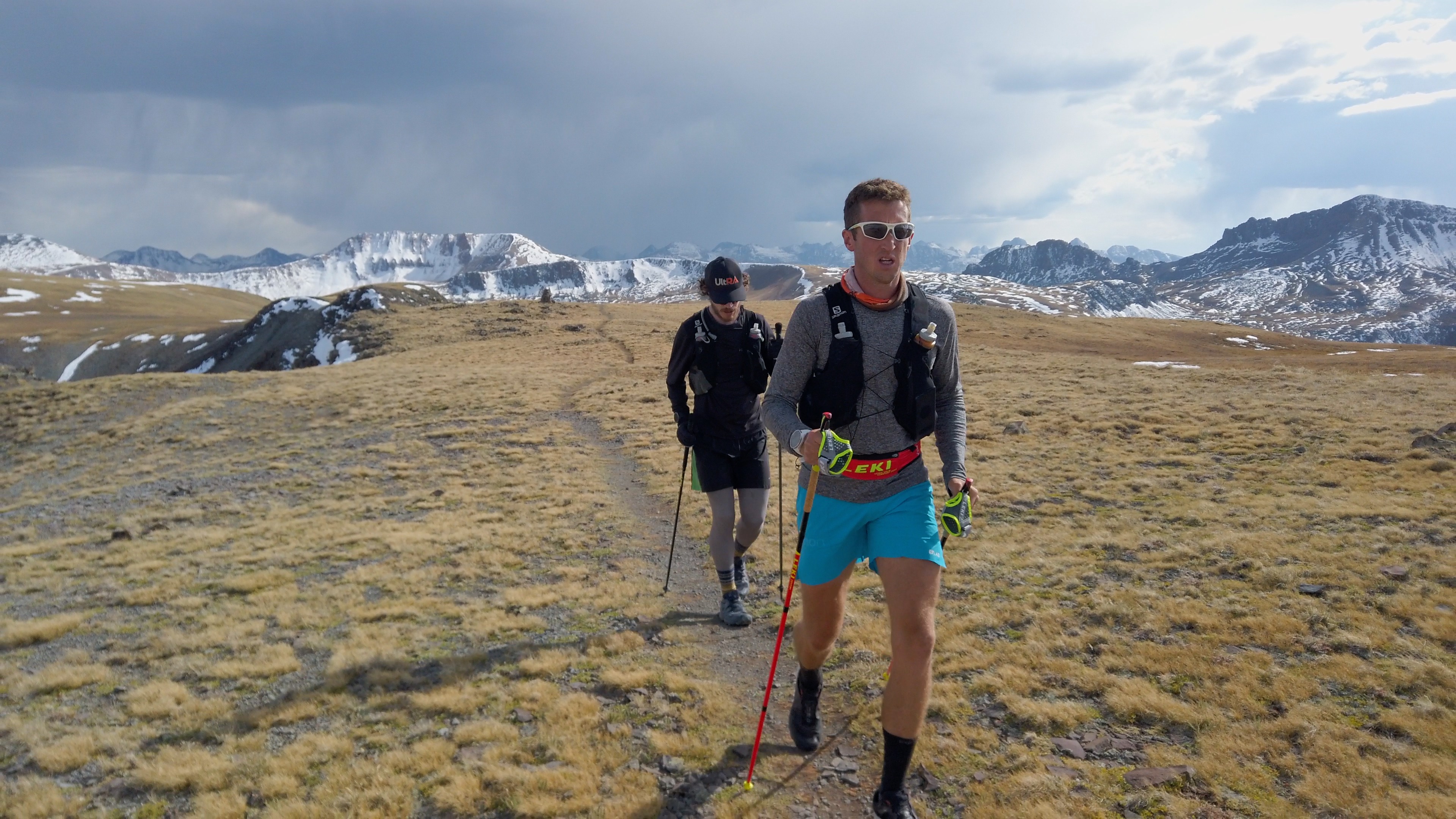 Before his journey began, McKnight reached out to ultrarunner Courtney Dauwalter for advice. Dauwalter had attempted her own Colorado Trail FKT in August but stopped after falling ill. McKnight was actually hoping to help pace her, but then her crew told him she had dropped.

“After that I chatted with her when she was in the hospital. She firmly believed there was a lot of potential to lower that FKT,” McKnight said. “And that’s when I decided to go for it.” Of course, not everyone can just pop the Colorado Trail into their schedule last minute.

“I typically work a 9-to-5, but with COVID-19 I lost that. So the 500 miles was easier to do without a job. That was definitely another reason I decided to do this trail.”

How to Crew for Race Support: Expert Advice on Dos & Don’ts

Here are some helpful tips for the next time you join a race support crew to help a friend go for an FKT or ultra-event. Read more…

But committing was only half the battle. McKnight’s journey got off to a rocky start.

“When I got to my first crew spot, which was just before a high point on the course, a thru-hiker told me it was a sloppy mess up top,” McKnight told us. “I asked my crew to get me my Salomon Alpine shoes so I wouldn’t have to deal with wet feet. To my shock, my bag of 12 shoes was missing. Someone stole all of my shoes.”

His crew then had to go buy McKnight new ones. For McKnight, that meant the attempt was still possible, but also that he had to break in brand new shoes on the trail. As he hurried to tick off the miles, McKnight also forfeited sleep.

“The San Juans licked me. I was extremely tired by the end of the first night, which ended up helping me get a good 1.5 hours. (But) most of my journey consisted of quick 1 to 5-minute naps on the side of the trail.”

His 7 days with almost no sleep — a total of 5 hours the whole route — also led to hallucinations. 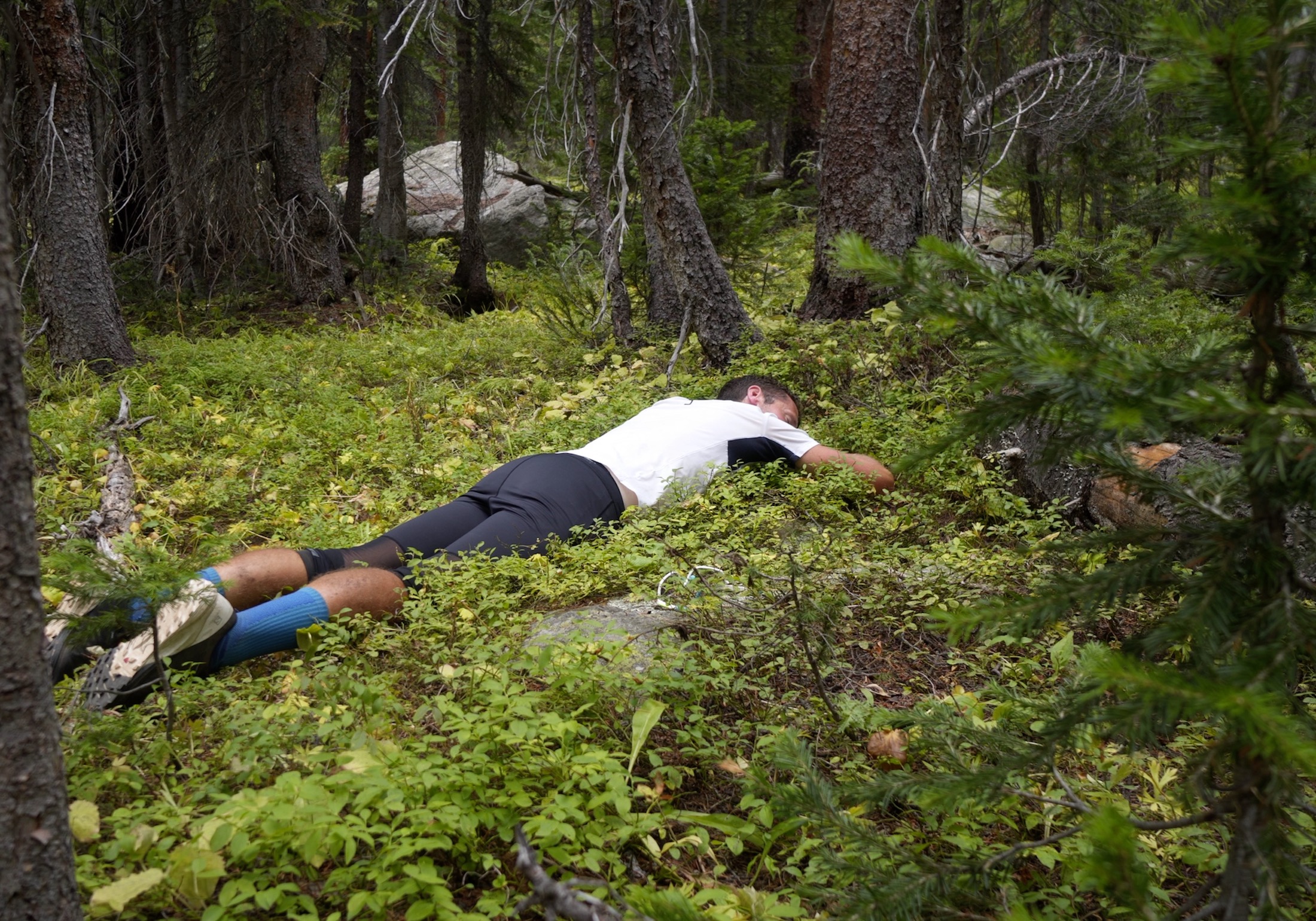 “I saw a couple monkeys on a 4-wheeler the fourth night,” McKnight told us. “It was actually around where Courtney (Dauwalter) had to drop. She had experienced the same thing with sleep on the trail. I think I slept 5 hours in 7 days, and all but 2 of those hours were just short naps on the trail.”

Of course, while running is largely a human-powered endeavor, it still requires some gear. Here’s a short rundown of what McKnight used on the trail:

Setting (Another) Record: What’s Next?

“I do plan on doing a bigger trail than the CT in a year or two, but I’m still trying to figure that out,” he said. “I had a lot of fun doing the CT, so I want to try doing longer distances.”

McKnight, 30, is no stranger to running long distances. In 2019, he completed the Triple Crown of 200s (three 200-mile races in two months). Not only that, he won every single one, setting new course records at each and beating his own Triple Crown record from 2017 by more than 43 hours.

And this attempt put him in a similar spot: running far and fast, dealing with sleep deprivation and inclement weather, and pushing his body to the limit. Thankfully, he made it to his destination in one piece, and with another victory in the bag.

McKnight’s next endurance goal? To go after the 48-hour world record on a treadmill, which is over 250 miles.

Mikaela Osler’s goal was to finish the Colorado Trail in a record 14 days. She did it, self-supported, in 10. Read more…