This four-part documentary is about a world first – a month-long expedition through Namibia by bike.

“Driving a thousand miles is a difficult challenge at best. But throw in mammoth sand dunes, violent headwinds, extreme isolation, and lions and it becomes one of the toughest challenges on the planet. “That menacing pitch mentioned in an Outside TV press release was what Dr. Kate Lemming was up to.

And in just 36 days, she did it and is the first person in history to cycle the entire length of the Namibian coast.

When you think of Namibia you imagine rattlesnakes, mountain lions, deeply sinking sand and high desert heat, yes this is the place. It is also one of the oldest deserts in the world.

And it’s called “Gates of Hell”.

Lucky for us, their month-long, 1,621 km bike tour through the Prohibited countries was fully documented in “Diamonds in the Sand”.

“See Kate endure some of the most inhospitable places and climates on earth,” the series producers teased. And the constant sandstorms, the extreme heat and the extreme headwind are undoubtedly subsiding. Not to mention encounters with dangerous wildlife.

“This whole thing is a test of the mind,” commented Lemming. The hardest obstacle in your opinion? The wind. “It’s demoralizing. You can’t control it. “

The bike that conquered the Skeleton Coast (and other gear) 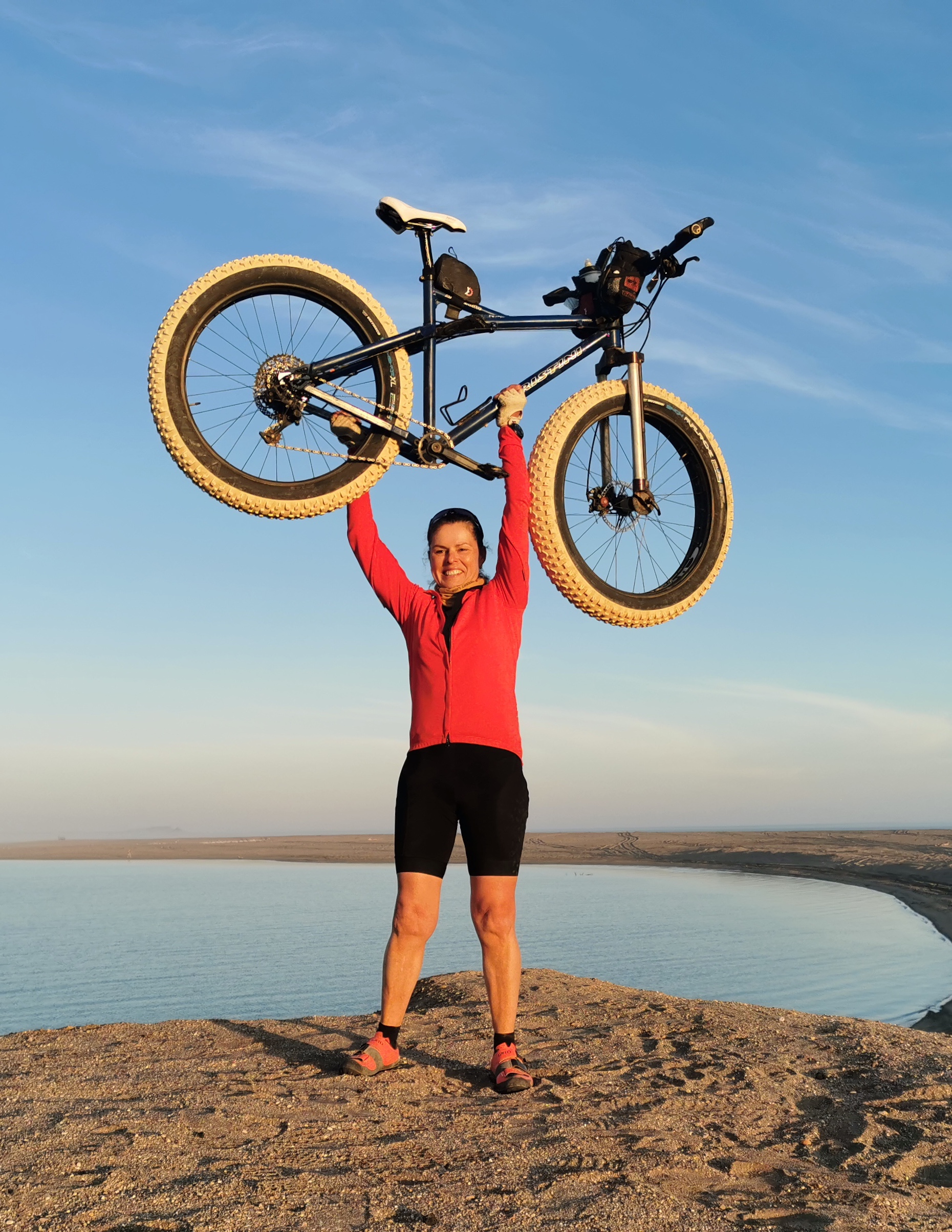 Lemming’s earlier accomplishments include becoming the first person in history to cycle through Africa (west to east), the first woman to cycle unsupported through the new Russia, and cycle 25,000 km through Australia.

Fascinated? The documentation aired today on outdoor television. The following episodes air in April and May and run year-round.

Imagine a 4 foot high front wheel, no chain and solid rubber tires. This is a penny farthing. We spoke to perhaps the best high cyclist in the world, Joff Summerfield, who has cycled more than 38,000 miles around the world. Continue reading…